Legacy of missionary life in Korea

Legacy of missionary life in Korea 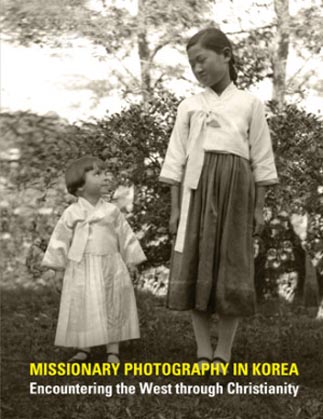 Louanne Norris Smith, a child of missionary parents who lived in Korea in the 1930s, and the unnamed daughter of Louanne’s amah, missionary parlance for a nanny, both manage half a shy smile for each other.

Their arms are held formally straight down by their sides and they stand a foot or two apart in a garden in Gaesong, now North Korea, in 1933 during what looks like early summer, judging by the foliage in the background.

Most of the discussion on Western missionary work in Korea from the end of the 19th century until the start of World War II, the period in which the photos in this album were taken, focuses on the good works that these young men and women achieved in education and medicine, schooling young women, training doctors and nurses, promoting ideas from the modern world and introducing the revolutionary concept, for Korea at the time, that in Christianity everyone is equal in the eyes of God.

And many of the pictures in this commemorative publication titled “Missionary Photography in Korea: Encountering the West through Christianity,” for an exhibition of the same name at The Korea Society Gallery in New York in the summer of 2009, document these achievements as well as record the evangelism that the missionaries were dedicated to.

There are shots of Westerners, young and old, in traditional Korean clothes and hats, and Koreans dressed in Western suits and sports gear. We see serious-looking Victorian families outside their new homes in Korea, Korean students at seminaries and scruffy Korean kids under the watch of priests and nuns.

But the front cover shot of Louanne and her nanny’s daughter is the only photo of Western and Korean kids together. We are left with the impression that even by 1933, when Western missionaries had been in Korea for half a century, away from the politics and God’s work, the two cultures, East and West, stand gazing at each other in awkward silence.

This photo embodies the paradox that the editor of this publication, Donald N. Clark, professor of history at Trinity University, Texas, presents in one of the essays accompanying the photos: that missionaries made Korea their home but they never really belonged here, a feeling experienced by many expats even today, in Korea and elsewhere.

Despite efforts to adapt and assimilate, the Western missionaries were outsiders and, as Clark explains, the process of “devolution,” the eventual handing over of administrative and financial control of missionary affairs from foreign to Korean hands, did not always proceed smoothly, and was often marked by “jealousies and accusations, and even strikes and scandals that seemed unworthy of the ‘redeemed life.’”

In addition to the fascinating photographs in the collection there are worthy essays by academics about the beginnings and legacy of the Western missionaries who descended on Korea at the tail end of the 19th century, the role women played in promulgating Protestant Christianity and the early responses of the Koreans to the missionaries’ arrival and message.

There’s also a thoughtful interview with Don Baker, professor of Asian Studies at the University of British Columbia, on the so-called religious revolution that took place in Korea during the 20th century, and a short but engaging contribution on growing up “foreign” in Korea by Louanne, penned more than 70 years after she stood in the garden in Gaesong looking up at her nanny’s daughter.