A reclamation by any other name

A reclamation by any other name 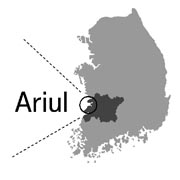 The construction of the Byeokgolje Reservoir in Gimje, North Jeolla, must have been unprecedented in its large-scale engineering work when it was built in ancient times. The length of the embankment alone is 3.3 kilometers (2.1 miles).

With the extended length of 33 kilometers, the Saemangeum Embankment located not far from Byeokgolje is 10 times longer than that, but its construction must not have been as difficult as the Byeokgolje Reservoir built 1,700 years ago.

The reconstruction of the Byeokgolje Reservoir during the reign of King Taejong (1400-1418) of the Joseon Dynasty was also a spectacle. Over 10,000 people that were mobilized from all over the country worked hard to complete the work in two months.

Even workers from Jeju Island were called to join. They arrived late because of the distance and bad weather for sailing. They were ordered to build a southern embankment. Thus that area today is called the Jeju Embankment.

Near the reservoir there is a small hill. Legend has it that the hill was created from the pile of worn-out straw shoes that the construction workers threw there.

King Taejong is still remembered for his devotion to constructing reservoirs and irrigation canals. Therefore, the rain that is good for rice farming - especially the kind that falls during the fifth month of the lunar calendar - is called the taejong-u or “Taejong rain.”

The word byeokgolje means “the reservoir in the rice field.” The rice field is the vast field of rice paddies in the Gimje and Mangyeong areas in North Jeolla.

The Saemangeum reclamation project had been rife in controversy since its inception in 1987.

It is said that the project was called “Saemangeum” because it would create a vast, fertile farmland. Sae usually means new, and mangeum means huge amount of money.

There is also a theory that they attached “sae” in front of “mangeum” because the embankment is shaped like the wings of a bird (in Korean “sae” also means bird). Seen from the sky, the embankments form the shape of a bird flying toward the Yellow Sea and China, spreading both wings wide.

It can be said, therefore, that the name Saemangeum also implies the grand desire for creating a land like a bird that soars up into the world.

Despite having a good name, though, enthusiasm for the project faded as the lawsuits and protests against it appeared to be endless.

According to a survey, the word Saemangeum now reminds people mostly of environmental destruction.

The government recently presented a new master plan for the project. The plan includes a suggestion that they will use the brand name “Ariul” while also using the original name Saemangeum to describe the reclamation.

Ariul is a compound word coined by combining the ancient Korean word ari, which means water, and ul meaning a fence or base.

As was the case with Saemangeum, however, a good name does not ensure that a project will go smoothly.

We must build Ariul so that it lives up to its name and would make King Taejong proud.