An open and fair admissions system

An open and fair admissions system 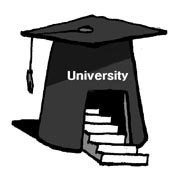 The American-style system that weighs a variety of factors when determining college admissions is known here in Korea as the admissions officer system. While today the system is praised as a way to judge a student holistically instead of just by his or her test scores, the origins of this system are not that honorable. As the number of Jewish students increased rapidly when United States universities accepted students based on their entrance exam scores alone, college administrators decided to introduce a screening system so that fewer minorities and more children of alumni would be admitted. The new system was first introduced by the Ivy League universities in the 1920s.

U.S. President John F. Kennedy objected to the system. He invited the presidents of prestigious universities to Washington, D.C., and urged them to select students from a variety of backgrounds. Yale University, under the guidance of President Kingman Brewster Jr., was among the first to change. Brewster ordered the dean in charge of admissions to revamp the existing system which judged students according to their backgrounds.

As a result of the change, the percentage of Jewish students increased from 16 percent in 1965 to 30 percent the next year. Not long afterwards, the number of minority students, including African-Americans and women, exceeded more than half of the student population.

Since then the American university entrance system has gotten rid of racial discrimination, but it still maintains the principles of “using a university’s discretion” and “opaqueness” in its selection. Students who want to enter top-class universities, as well as their parents, struggle hard to prepare themselves according to the different requirements of each university.

It is not that easy to write a resume and cover letter that can attract the attention of the admissions officers who wade through thousands of applications each year. That is why university entrance consultants, who help students tweak their applications in exchange for thousands or sometimes tens of thousands of dollars, flourish under the U.S. college admissions system.

First and foremost, colleges should strive for fairness and transparency in their admissions decisions. It is not uncommon for bright American students who have strong test scores and high grades to be rejected from schools like Harvard and Princeton today. These students are left wondering why, when it seemed they fulfilled every requirement for the university, they failed to get in to the school. I wonder whether Korean students will soon find themselves in the same boat, trying to understand a judgement made behind closed doors.