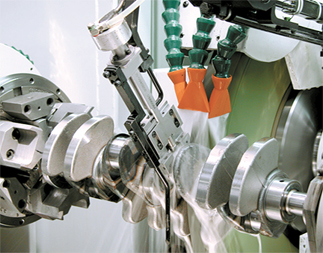 Although a comparatively smaller trade partner for Korea than some other European companies in terms of volume, Italy has made a continuous impact here with its key exports, including high-end cars, luxury clothing and accessories, leaving an undeniable footprint on local industry.

Compared to much of Europe, Italy’s industrialization came later, which made it difficult for Korea-Italy relations get off to a quick start, according to the Korea Trade-Investment Promotion Agency (Kotra).

However in recent years, especially when the Korea-EU free trade agreement negotiations started, economic ties between the two nations increased in both scale and variety. At present, out of all European Union countries, Italy is the fourth largest export market for Korea, following Germany, the U.K. and the Netherlands. 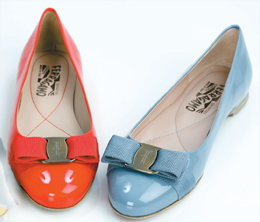 Italian luxury brands, including Salvatore Ferragamo, Prada, Bulgari, Ermenegildo Zegna and Gucci, are just a few of the high-end fashion/accessories companies which operate Korean branches with an enthusiastic reception from locals.

For example, Ferragamo Korea, which was founded in 1997, now runs 28 stores in Korea, including its flagship store in Cheongdam, Seoul. With over 200 employees, the brand’s Korean branch saw 75 billion won ($65.1 million) in sales in 2009, according to the company.

“Around 49 percent of all Ferragamo’s sales come from Asia and that after Japan, the Korean branch is the second largest in Asia,” a representative of the company stated.

While luxury clothing and accessories from Italy are probably the first things that come to mind for many Koreans when thinking of Italian products, other Italian imports have made a strong foundation for the two nation’s long-standing economic ties.

In fact, in 2008, while machinery parts imports from Italy to Korea rose 63 percent on-year, imports of Italian clothing fell 1.7 percent.

Marposs, an Italian machinery parts company specializing in gauging systems, set up a Korean branch back in 1984.

“Our clients in Korea are big, include Hyundai-Kia Automotive Group and GM Daewoo Auto and Technology among others,” he said. “Although our profit margin slumped last year due to the global financial crisis, we recovered fast. By third quarter last year, our profits were back to normal.”

Jung said that Marposs Korea is the biggest company for gauging systems in Korea.

Arneg, an Italian refrigeration systems manufacturer, is another such company which has seen its Korean branch grow rapidly.

The company’s high-end refrigerators and cold rooms, used in such places as department stores incorporate the Italian design sensibility with high-tech features.

“The foundation of Arneg Korea in 1999 has been an investment of great strategic importance for the expansion of the group in the Asian market,” said a public relations officer at Arneg.

Besides these companies, Korea and Italy have also been active in technology cooperation during recent years. In 2005, local auto company GM Daewoo and Italian engine maker VM Motori succeeded in developing a 2.0-liter common rail engine, used in cars. GM Daewoo invested a total 475 billion won into the project.

In 2006, SK E&C created a joint consortium with Italy’s Tecnimont and won an order from Kuwait’s state-run company Petrochemical Industries Company to build an aromatics complex project plant worth $122 million.

Using Samsung’s high-tech capabilities to include an AMOLED (active-matrix organic light-emitting diode) display among other features and Armani’s design expertise, the phone was a hit in the global market.

Other than the Armani phone, other such Korea-Italy collaborative handsets, including LG Electronic and Prada’s Prada phone and Samsung and Versace’s mobile phone, also followed, receiving a warm reception from the public.

“Italy is currently investing aggressively in renewable energy development as well as the IT and biomass sectors,” said an official at Kotra. “These fields are expected to have a positive synergy effect with Korean companies through collaborative efforts.”