The car that Kept generals moving

The car that Kept generals moving 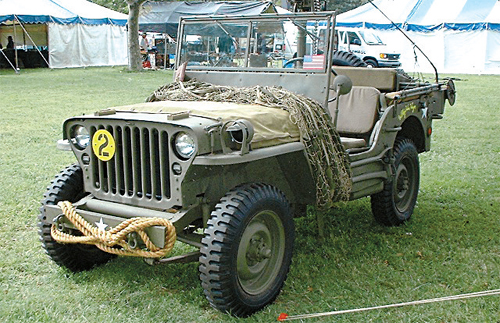 The jeeps used during the Korean War were developed during World War II and used then by the Allies as command vehicles. In order to use them in the field, the top covers were removed. Originally, they were called Willys MBs or Ford GPWs, names derived from the U.S. manufacturers that produced them.

The name “jeep” was first used by a Washington Daily News reporter in February 1941. The word was slang for new recruits in the military and was also used to describe vehicles that were untried or untested. A total of 640,000 were produced from 1941 to 1945 and used in the European and Pacific theaters and in Africa.