Getting copycats for a climatic cause

Getting copycats for a climatic cause 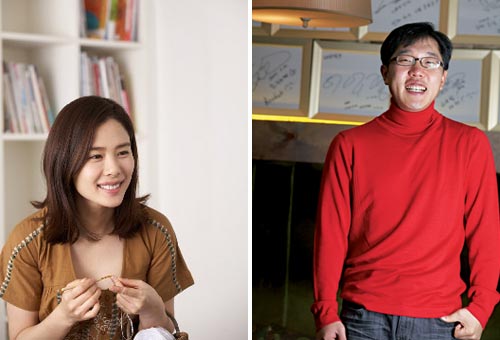 
With their packed schedules, celebrities undoubtedly have a lot to worry about. But some have managed to find time for an interest entirely unrelated to fashion disasters or TV show shoots - the planet.

Most recently, actress Kim Hyun-ju, who appeared in the TV dramas “Partner” and “Boys Over Flowers” last year, spent time with 200 fans at a small club located in Sangsu-dong near Hongik University, in central Seoul. There, she demonstrated how to make eco-friendly shopping bags with a sewing machine.

The 32-year-old actress often says, “You can care for the environment by making eco-bags or placemats instead of using plastic bags and disposable napkins. I believe my hobby makes the world a better place.” Kim even wrote a book on her tips for eco-friendly sewing projects such as oven mitts, aprons and napkins.

Entertainer Noh Hong-chul, a regular on many hit TV shows including “Muhan Dojeon,” or “Infinite Challenge,” is another so-called “eco star.” 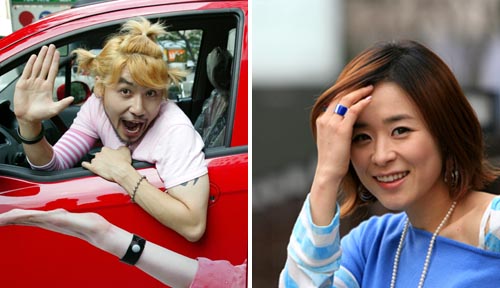 Despite showbiz types’ tendency to measure one’s wealth and popularity by the size of one’s car, Noh is the rare star who rolls in a compact.

But Noh admires his car, saying.

“It’s cute and cheap to drive this car. You can even get discounts on parking fees,” the quirky TV personality said in an interview late last year with the JoongAng Ilbo, the Korean-language affiliate of the JoongAng Daily.

“I wanted to deliver a message to the public that caring about the environment is not something big or daunting, but rather something you can do in your daily life.”

Another actress, Choi Kang-hee, who appeared in a film titled “Aeja” last year, is a die-hard fan of compact cars.

Choi is also trying to use her clout to change the way people think about the environment. She often posts entries on eco-friendly practices at her private homepage, urging her fans to use less wasteful products, such as travel tumbler mugs, handkerchiefs and bicycles instead of disposable cups, paper towels and taxis.

Famous TV show host Kim Je-dong is also deserving of the distinction as an eco-celebrity for his love for the mountains.

Whenever he goes hiking, he never forgets to bring plastic bags and picks up trash as he goes.

He is also an advocate of bike riding.

In Hollywood, there are many eco-conscious celebrities such as Leonardo DiCaprio, who drives a hybrid car; Owen Wilson, who moved to a solar-powered house; and Al Gore, the former U.S. vice president who wrote the script for the Academy Award-winning documentary film “An Inconvenient Truth” in 2006. The documentary touches upon the importance of climate change.

Environmental advocates say these celebrities have far more power to persuade the public on important issues than government campaigns.

“We call it referent power. If stars keep raising the issue of the environment, the public will gradually change their mind-sets,” said Rando Kim, a professor of consumer sciences at Seoul National University. “Then the public will have the urge to imitate the green lives of celebrities.”