In the beginning, it was a rougher road

In the beginning, it was a rougher road 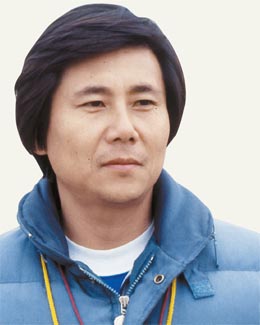 Since the 1986 tournament in Mexico, Korea has qualified for the World Cup seven consecutive times. And with the 2010 matches just about three months away, the JoongAng Ilbo sat down with former managers to get an insight into how much the sport has changed in the last 24 years.

Things were very different in 1986.

The team had qualified for its first World Cup berth since 1954 in a match against archrival Japan on Sept. 3, 1985.

With the entire nation watching, midfielder Huh Jung-moo - now the national team’s manager - scored the lone goal to give Korea the win.

Kim Jung-nam, 67, the national team manager at the time, recalled fondly the excitement of qualifying for the World Cup and preparing for the challenges that lay ahead.

“It was exciting to qualify, but we were at a loss as to how to prepare for the tourney,” said Kim. “We were unsure, and we worried about how strong our opponents were. To make matters worse, our first match was against Diego Maradona and Argentina.”

While today it's common knowledge that the body must have fluids during heavy exertion, in 1986 the opposite belief held sway.

“In retrospect it's funny, but at the time we prevented the players from drinking during training. We thought that their stomachs would fill up and they would slow down,” said Kim.

“We allowed players to drink water at the end of each practice. We thought it would help them get adjusted to the games, when they weren’t allowed to drink except during breaks.”

“We were given water breaks in practices starting in the early 1990s,” said Choi Soon-ho, now the manager of Gangwon FC, who played on the 1986 and 1990 World Cup squads. 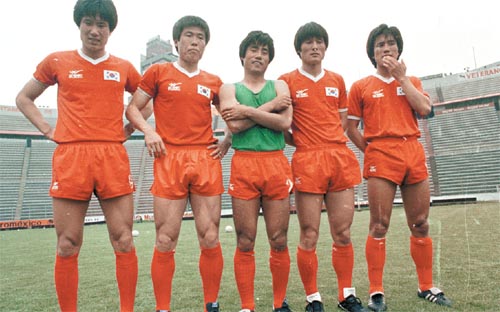 That first coaching staff was limited. Kim Ho-gon was the lone assistant, under Kim Jung-nam. The team did not have a goalkeeper coach, so Kim took on that role - but he couldn’t do it all. It wasn’t a coincidence that the keeper position was the weakest link on the team.

There wasn’t even a medical staff.

“Cha Bum-kun repeatedly made requests to his Bundesliga club and we were finally given a physical therapist,” said Kim Jung-nam.

Today, preparing for games by studying films is routine, but that wasn’t the case for the two-man coaching staff in 1986.

They seriously lacked information on their World Cup opponents.

“Players now frequently play overseas and there are plenty of channels offering insights into matches, but we didn’t have much in terms of scouting reports back then.

“Now we have scouts to tape and analyze the opposing teams, but we hadn’t even heard of a scout back then. We did get our hands on two video cassettes of highlights on Argentina and Bulgaria. And the Korean Football Association paid for us to attend one match between Italy and West Germany before we got to Mexico City,” explained the manager.

The national team went into the match against Argentina knowing little about the team other than its star player, Diego Maradona. The coaches scouted the other teams by watching Italy take on Bulgaria in the other group match. Korea ended up losing to both Argentina and Italy before managing to tie Bulgaria.

The players had it tougher in those days, too. The athletes were in charge of washing their own clothes during the qualifiers, and didn’t get laundry service until the World Cup, when the hotel provided it.

But the manager didn’t whine about the hardships.

“That’s just how it was back then. Korea had qualified for the World Cup for the first time in 32 years. Now we have qualified for seven consecutive tourneys,” said Kim.

“It brings back a lot of mixed emotions to see Korea facing Argentina at the upcoming World Cup. And to see Huh and Maradona matched up again; you wouldn’t believe how well Huh defended Maradona in 1986,” said Kim. “Huh accomplished his responsibilities at all costs as a player and I believe he will make something happen as the manager.”