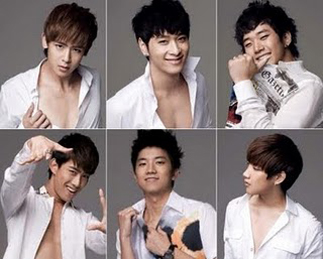 JYP Entertainment, the management company of boy band 2PM, has turned to the police to track down fans who, angry at the departure of member Park Jae-beom from the group on Feb. 25, have spread rumors about the group and publicized personal information, including the resident ID numbers of the remaining members.

“Although the members said that we should try to understand the disappointment of fans, since they are spreading and misusing [personal] information, we had no choice but to ask the police for assistance,” the company announced on its Web site Tuesday.

Park, an American of Korean descent, resigned from the group after posts on his MySpace page complaining about Korea, uploaded before he joined the group, came to light, sparking public outrage. He currently lives in Seattle.