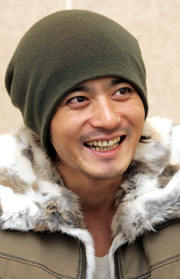 Jang Dong-gun said a song he recorded with five other actors, titled “WE,” would soon be released as a CD single. Under the name Actors Choice, Jang, Kim Seung-woo, Hwang Jeong-min, Kong Hyeong-jin, Ji Jin-hee, and Lee Ha-na originally recorded the song, written by popular composer Joo Young-hoon, for an online game. They will donate the profits to charity.

The music video will be available for viewing tomorrow on various music sites and on the official Web page for the project.