Places of romance and generosity

Places of romance and generosity 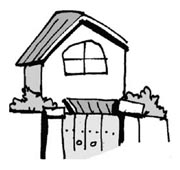 According to historic records, boardinghouses can be traced back to ancient Greece. The boardinghouses back then, like today, were a place where strangers got to know more about each other and the outside world.

William Shakespeare, the greatest writer in the English language, once boarded at a French immigrant’s house in an area of London where many foreigners lived. Charles Nicholl, the author of “The Lodger Shakespeare: His Life on Silver Street,” said Shakespeare’s time at the boardinghouse greatly influenced his writing. Observations about the lives of immigrants and conversations with them about faraway lands no doubt shaped his portrayal of foreigners in “Othello,” which he wrote during this time.

Boardinghouses have long been a place where strangers mingle, become friends and sometimes even fall in love. The popular TV drama “High Kick Through the Roof” features a romance between a boardinghouse lodger and the landlady’s daughter.

Choe Chi-won, a prominent Silla Dynasty (57 B.C. ? 935) scholar who earned fame by writing an appeal that helped subdue an insurgency in Tang Dynasty China, is said to have written a poem for his landlady’s daughter, who had a secret crush on him while he was studying in China.

Of course, boardinghouse romances don’t always end well. Artist Vincent van Gogh was famously rejected by the landlady’s daughter at the boardinghouse where he stayed. The daughter said that she was already secretly engaged to a former lodger.

Modern-day boardinghouses are mainly associated with college campuses. German sociologist Max Weber said that landlords in his area held festivals for the students, inviting 1,000 lodgers or more for events that included torchlight processions.

In the Middle Ages, Pope Gregory IX sympathized with the young lodgers and issued a papal bill claiming that the students had the right to decide boarding fees. In the mid-14th century, students of the University of Bologna and many other institutions established student unions called universitas, through which they criticized incompetent professors and protested boarding fee increases.

In Korean university areas this spring, landlords have introduced a boarding fee security deposit system. The landlords collect 500,000 ($435) to 2 million won in advance so that they can deduct the amount equivalent to the boarding fees they would lose when students leave their homes prematurely.

It is a shame that the financial burden borne by students and their parents is getting heavier. Perhaps landlords should remember the past, when boardinghouses were places of romance and generosity.