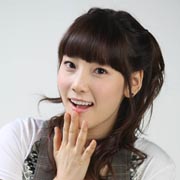 Taeyeon, the lead vocalist in Girls’ Generation, will make her debut as an actress in the musical “Midnight Sun.”

The show, based on a Japanese novel, is a love story between a surfer boy and a girl named Kaoru who cannot go outside during the day due to a rare disease. Kaoru keeps her hopes up by singing songs that she writes herself.

The book was originally written by Aya Denkawa in 2006, and has been made into a drama and film in Japan.

The musical will be staged in the M Theater at the Sejong Center for the Performing Arts from May 7 to 29.