Leaving politics aside in 3-D look at naval skirmish

Leaving politics aside in 3-D look at naval skirmish 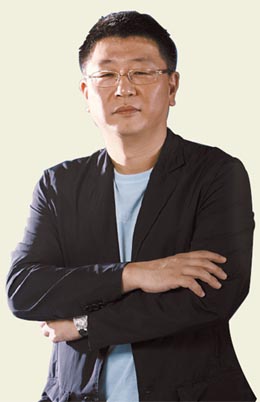 “Areumdaun Uri,” the upcoming film from director Kwak Kyung-taek (“Friend”), will depict a 2002 sea battle between North and South Korea in 3-D. Provided by Taewon Entertainment

Most Korean war films are about the invasion from the North that began almost 60 years ago, on June 25, 1950. But, directors are beginning to realize, they don’t necessarily have to be. For example, seven years after his last film, the megahit “Taegukgi,” hit Korean cinemas, Kang Je-gyu is directing “My Way,” starring Jang Dong-gun (“Good Morning President”) as a Korean soldier held captive by the Japanese army during the occupation of Korea and forced to fight on the German side at Normandy. The epic has a budget of up to 30 billion won ($27 million), with shooting slated to start this summer.

Two other films will deal with the Second Battle of Yeonpyeong, a naval skirmish between North and South Korea that took place in the Yellow Sea in 2002 when two North Korean patrol boats crossed the Northern Limit Line sea border, facing off against the South’s Navy and later opening fire.

Director Baek Eun-hak helms “The Battle of Yeonpyeong,” while Kwak Kyung-taek, who became famous in 2002 with “Friend,” plans to shoot his effort, “Areumdaun Uri” or “We, the Beautiful,” in 3-D at a cost of 20 billion won.

The JoongAng Sunday met with Kwak at his office last month. This new movie will be his 10th work.

The battle took place during the 2002 Korea-Japan World Cup, under President Kim Dae-jung’s Sunshine Policy of aid and rapprochement with the North that continued until Lee Myung-bak’s election to the presidency in 2008. Kim was awarded the Nobel Peace Prize in the aftermath of the first inter-Korean summit in 2000, but the Sunshine Policy continues to be controversial, and the new film is sure to become a lightning rod for conflict between the policy’s supporters and detractors.

Q. What made you choose the Second Battle of Yeonpyeong as the subject of your new film?

A. The death of six soldiers at the battle was heartbreaking. In fact, [the battle took place] the day my movie “Champion” was released. I was devastated to find out that the movie was a box-office failure, but hearing about the battle at 10 a.m. just broke my heart.

The same day, there was a match between Korea and Turkey at the 2002 World Cup. That’s why I produced the film “Typhoon.” I made the protagonist in that movie a friend of Yoon Young-ha, a real soldier who died in this battle. When Choi Wan, CEO of the production company IM Pictures, suggested using this battle as material for a movie, I told him that I wasn’t interested in political viewpoints on the issue but that I would want to feature the young soldiers’ hopes and dreams. On that day, several young men gave their lives for the country while others brought victory for Koreans in the World Cup match.

I want to tell the public about how all these young men had dreams, and how six of them gave their lives for those dreams, rather than trying hard to distinguish which political viewpoint on the incident is right and wrong.

Won’t some people see this movie as favorable toward the current presidential administration?

I met with the families of those who died and told them that I wanted to produce a film that could also be watched by those whose eyes teared up over the news of the death of the two former presidents Kim Dae-jung and Roh Moo-hyun. It’s not a movie that will appeal to the families’ victimized feelings. Some might feel disappointed with this, but there were others who agreed with me. It’s the viewer’s decision to see this movie as either in favor of or against the current administration. I’m going to produce what I believe.

The power of computer graphics is already widely known through movies like “Transformers.” I had an interest in 3-D films, and thanks to the movie “Avatar,” people have started realizing the charm of 3-D. When I was a university student, this new editing machine was introduced. At first, I was too scared to use it, but after I began I was surprised to find out how convenient it was. It’s always better to attempt to use new technologies earlier. The more you delay, the more you lose. After adopting CGI techniques early with my movie Typhoon, I wanted to try using 3-D in my next movie. “Areumdaun Uri” is not a film that shows off the 3-D technique, but a movie that allows viewers to notice how beautiful the technique is.