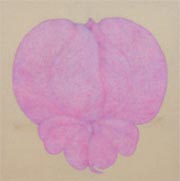 Through May 30: “Otto Dix - Social Criticism.” As an artist noted for his ruthless and harshly realistic depictions of Weimar society and of the brutality of war, Dix is widely considered to be one of the most important artists of the Neue Sachlichkeit, or New Objectivity, movement, which arose in the 1920s as a response to expressionism and encompassed many forms of art.

Dix was profoundly affected by the sights of the war and revealed his traumatic experiences in many of his works, including a portfolio of 50 etchings called “The War,” which was published in 1924.

Also on display is “Social Criticism,” a collection that focuses on the cruel ironies of society in the period between 1920 and 1924. Dix’s creations have been called by critics as some of the most powerful anti-war statements in modern art.

Through April 30: “Kim Hong Joo.” Kim is one of the most celebrated artists in Korea, having built his reputation through several major exhibitions in Korea and abroad.

Kim believes that the images he creates do not serve the purpose of delivering a particular symbol or message. Rather, he seeks to create a meaningful blankness, allowing viewers to place their own meaning onto his art.

This exhibition, the artist’s third solo show at Kukje, will display pieces that incorporate flowers, nature and words. Kim studied Western art at Hongik University and in the early 1970s began to experiment with conceptual art. Moving on to hyperrealism, he began to focus on the delineation of various subjects, primarily flowers and landscapes and taking a greater interest in the art of drawing than in the subjects themselves.

Kim has won several awards, one of the most notable being the New Frontier Award, which he won at the Korea Grand Art Competition. His works are part of public collections at the Fukuoka Art Museum, National Museum of Contemporary Art in Korea, Total Museum in Seoul and the Leeum Samsung Museum of Art in Seoul. 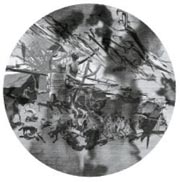 Through May 16: “Miao Xiaochun - New Works.” Miao Xiaochun, a renowned photographer who is a member of the new generation of media artists in China, brings 14 of his newest works to Korea, including video work, digital painting and digital etching. The new works are reinterpretations of works by European Renaissance masters, such as Bruegel’s “Seven Deadly Sins,” and “Triumph of Death,” Botticelli’s “Historia de Nastagio degli Onesti,” and Raphael’s “The School of Athens.” Xiaochun graduated from the Central Academy of Fine Arts in Beijing, China, and studied at Kunsthochschule in Kassel, Germany. He received his Bachelors degree in German literature and Masters in arts history before launching his study of fine art.

Through June 20: “Ten-Panel Folding Screen with Peonies Exhibition.” This exhibit offers a rare opportunity to see a folding screen from the Joseon Dynasty (1392-1910).

The screen was acquired by the museum in 1921 and put through a rigorous preservation process. It is on display here for the first time in 80 years.

The screen, which is nearly 2 meters (6.6 feet) high and 6 meters wide, is thought to have been created in the late 18th century. Folded

In the past, peonies were called the king of flowers, symbolic of spring. Not only does this piece boast a natural, elegant beauty with its cluster of peonies and silky colors, but it provides a key to understanding the processes involved in the making of folding screens.

Folding screens decorated with peonies were used not only by the public for festive occasions, but also in the royal family for important events such as weddings.