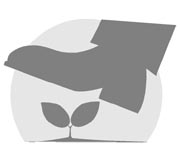 Britain is facing general elections in June. The Conservative opposition, which is aiming to return to power after 13 years, has issued an interesting election poster. It is a picture of a tiny green shoot trembling just as two large boots are about to step on it. The identities of these boots are tax and debt. The message is that the ruling Labour Party will trample the newly invigorated economy with its budget expansion.

The term “green shoot”’ has been associated with the Conservatives before. This is because a leader of this party is popularly known to have used this term first in referring to the economy nearly two decades ago. At the crossroads of the general elections in April 1992, the ruling Conservatives seemed to be losing. The country was suffering from an economic recession, and Chancellor of the Exchequer Norman Lamont tried to spur optimism among the electorate to help the Conservatives in the election.

He declared, “The green shoots of economic spring are appearing once again.” While some criticized him for being unrealistic, the Conservatives won that election against all odds.

The Conservatives, complacent in their electoral win, were hit hard that September. The Conservative government was forced to withdraw the pound sterling from the European Exchange Rate Mechanism (ERM) after they were unable to defend the sterling from indiscriminate attacks by speculators such as George Soros. Chancellor Lamont resigned. Journalists asked him if he didn’t regret his “green shoot” comments. He answered with the title of an Edith Piaf chanson, “Je ne regrette rien.”

His reply became the source of many parodies. Some economists even quipped that Lamont’s resignation was the true green shoot of the economy. Voters, whose expectations had been raised, turned their backs on the Conservatives. The newly reformed Labour Party won the election in 1997 and has been in power ever since.

The expression “green shoot” reappeared beginning last year. In an interview, Federal Reserve chairman Ben Bernanke commented that he thought the “green shoots” of economic revival were already evident. The champion of pessimism in economics, Nouriel Roubini, has already fired a rebuttal in response. He said he sees no green shoots but plenty of yellow weeds.

While it may be a witty expression, the phrase “green shoots” has always left a stale aftertaste. Kim Choong-soo, who has had the attention of the market since he was named Bank of Korea governor in March, commented on this last Friday. He observed that there have been many sightings of green shoots in the U.S. recently. Perhaps he was implying that since the world economy is only beginning to sprout, it should be kept a little longer in the metaphorical greenhouse of low interest rates. Kim should avoid the mistakes of Lamont and clarify his statements before undue optimism infects the country.