Ivy to make theatrical debut in ‘Kiss Me, Kate’

Ivy to make theatrical debut in ‘Kiss Me, Kate’ 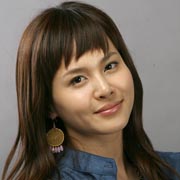 Korean singer Ivy is set to make her theatrical debut in “Kiss Me, Kate” this summer. She will be joined by musical theater actors Nam Kyung-ju and Choi Jung-won.

“Kiss Me, Kate” is a musical version of Shakespeare’s “The Taming of the Shrew.” The musical was successful here in 2001, with ticket sales of over 90 percent.

Ivy will play Katharine’s sister Bianca, alternating with actress Oh Jin-young. The musical will run from July 9 to Aug. 14 at the National Theater of Korea.