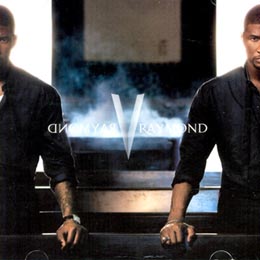 There is a fine line between keeping up with the times and being overly trendy.

One of the big names in pop, Usher, has released a new album titled “Raymond v. Raymond,” that seems to cross the line between trendy and too much.

In his early days, the singer had consistently been able to deliver flawless R&B and soft pop tunes that were easy to listen to.

Although the same is true here, I get the feeling that he did everything by the book to make this album a hit.

This was most noticeable when he overused electronic voice effects on the song “OMG,” making it sound cliche.

Some of the songs are classic Usher, but again, it’s a little too much.

If Usher could find a middle ground between gracing the cutting edge and staying true to his sound, he would be closer to the trendsetter we remember.