Seven to release album in July

Seven to release album in July 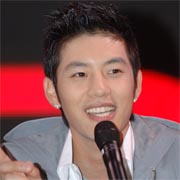 One of K-pop’s top solo artists will release a new album in July, YG Entertainment, Seven’s management company, said in a phone call with entertainment Web site Newsen on May 11.

The album is scheduled to be released on July 1, YG Entertainment said.

“As it has been three years since he performed in Korea, he is putting his full effort into this album,” the entertainment company said, adding that the music on this album will have a more sophisticated sound than his previous works.