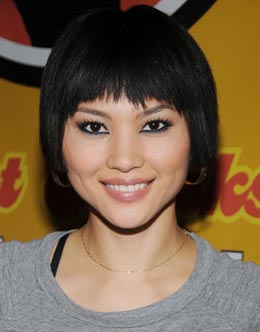 Rino Nakasone, a choreographer who has created the dance moves for some of SM Entertainment’s most famous stars, has just become one of the new members of the Pussycat Dolls. The five-member group announced Saturday that all of its members except lead singer Nicole Scherzinger, would be replaced.

Nakasone has created the moves for numerous Korean artists, including SHINee, Girls’ Generation and f(x). Before she started working with Korean artists, she choreographed for pop artists such as Britney Spears, Janet Jackson and Avril Lavigne.

The other three new members of the Pussycat Dolls include Vanessa Curry, a former LA Lakers cheerleader; Kherington Payne, a participant on the American reality show, “So You Think You Can Dance”; and Jamie Lee Ruiz, a former member of Girlicious.