The mysteries of elk, wildcats - and what they left behind

The mysteries of elk, wildcats - and what they left behind 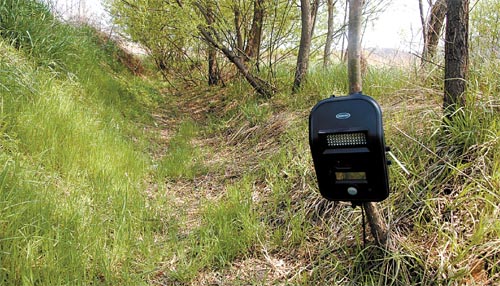 West River Swamp Ecological Park, located at the western part of the Han River, opened in July 2002. A total of 163 species of plants and 12 species of mammals inhabit the 340,000-square-meter (84-acre) area. [JoongAng Ilbo]


According to Wu Dong-geol, a researcher at the Environmental Planning Institute at Seoul National University, the West River Swamp is currently home to 15 elk, four raccoons and one or two wildcats.

“This place is also visited by ospreys, sea eagles, Korean buzzards and kestrels during the winter as well,” Wu said.

The team started its tour at 9 a.m. “Shh. This raccoon is pregnant,” whispered Wu as the team approached a three-meter (10-foot) forsythia shrub. Everyone crouched down, breathlessly staring into the shrub, but we could see nothing. “The raccoon’s due date is soon, so because she moves as little as possible and is highly sensitive during this time, she is hiding her deep inside the shrub,” explained Wu.

Other areas of the West River Swamp Ecology Park were packed with visitors, out to enjoy the weekend sun. 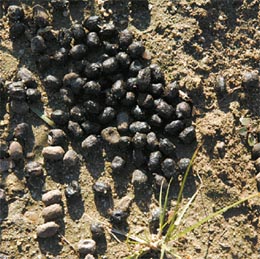 “This park is one of the few places in Seoul with such a well-preserved natural ecosystem,” Wu said.

During our trip, we also saw a spot-billed duck flapping its wings from the migratory bird sighting station. Hoofprints that Wu identified as coming from elk were also clearly visible on the grounds along the trail.

Since December 2008, Woo has been monitoring the behavior patterns of wild animals at the West River Swamp by putting transmitters on their legs. Numerous sensors and cameras are also installed along their migratory routes.

Currently, two raccoons, including the pregnant one, are wearing transmitters, Wu said. “Actually, one wildcat was also wearing a transmitter but it was killed while crossing the Olympic Road in March.”

We poked our heads into many bushes and shrubs, but didn’t see any more animals. At 2 p.m., we decided to hunt for tracks instead. Just as we began to feel our necks ache from staring at the ground for too long, we found a line of wildcat tracks. The prints were so clear that it looked as though we had just missed them.

“Wildcats, which belong to the cat family, retract their claws while walking around to keep them safe for hunting. On the other hand, raccoons’ footprints feature their toenails as well since they keep them out all the time to pick things up to eat,” Wu explained.

Inside the woods, there were more than just footprints. Excrement scattered everywhere clearly showed that this preserve is “lived in” in every sense. A pile of elk excrement was moist and warm, confirming again that we had just missed our antlered friend, answering nature’s call.

Later, with Wu’s guidance, we found a piece of animal fur inside a pellet of wildcat feces. Wu said, “In this swamp park, where rodents are abundant, rats become the main prey for wildcats.”

At around 6 p.m., when we finally emerged from the field of reeds, all covered in dirt, a black creature about a finger’s length long streaked past us. Wu told us that it was a Takydromus aureralis, a lizard known in Korean as a jangjibaem.