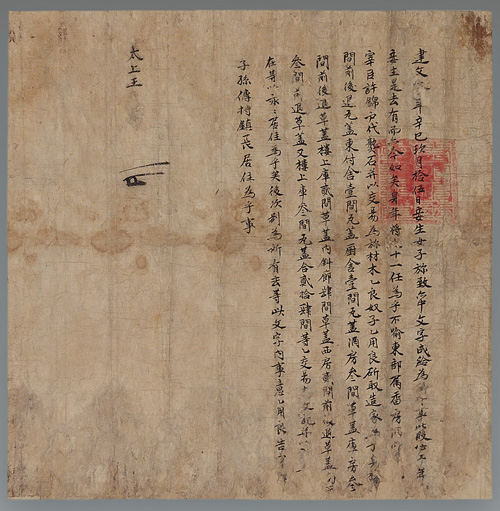 Name: Testament by King Taejo to His Daughter, Princess Suksin

This testament by King Taejo to his daughter, Princess Suksin, was made in 1401, the first year of the reign of King Taejo.

When King Taejo, the founder of the Joseon Dynasty (1392-1910), abdicated the throne, he fathered a daughter with a concubine and made this testament to give her a house and land. In the document, King Taejo left instructions that the princess should buy the house of a minister, Heo Geum, and let slaves cut the wood that would be needed to repair the house. He also expressed his wish that his daughter and her descendants live in the house forever.