Rain makes a splash with win at MTV Movie Awards

Rain makes a splash with win at MTV Movie Awards 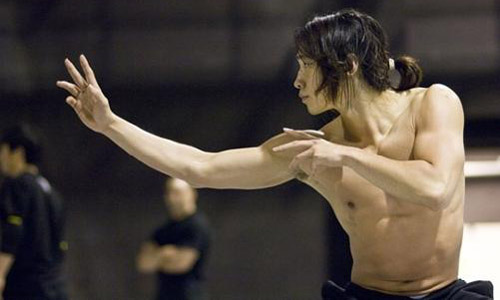 Rain shows off his badass bod in a scene from “Ninja Assassin.”


Korean singer and actor Rain won the award for Biggest Badass Star at the 2010 MTV Movie Awards, held yesterday at the Gibson Amphitheatre in Los Angeles.

Rain is the first native Korean to ever win an award from MTV and the fourth Asian star to win one after Lucy Liu, Jackie Chan and Ken Jeong.

The Korean hallyu (Korean wave) star won the award for his role as Raizo in the movie “Ninja Assassin,” directed by the Wachowski Brothers, beating out Hollywood heavyweights such as Angelina Jolie, Chris Pine, Channing Tatum and Sam Worthington.

The Biggest Badass Star award is one of the new categories introduced in this year’s MTV Movie Awards. Actor Lee Byung-hun was also nominated but failed to make the final list. 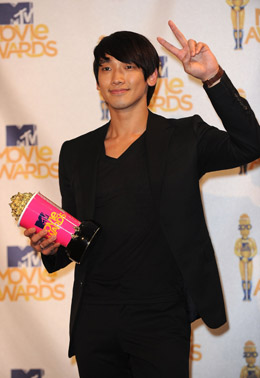 Before his departure to the City of Angels, Rain commented that his participation in the MTV Movie Awards is meaningful and shows how far he has come.

As he accepted his award, he joked that he started working out when he heard he was nominated for the badass award.

Although Rain won a movie award, he is known in Korea and other Asian countries as a singer, dancer, actor and businessman.

He appeared in the film “I’m a Cyborg, But That’s OK” in 2008, which won the Alfred Bauer Prize at the 59th Berlin Film Festival.

The same year, he was selected as one of TIME Magazine’s 100 Most Influential People Who Shape the World.

This year, he was nominated as one of the Top 10 Most Outstanding Asians in Hollywood. He has appeared in several popular Korean dramas.

The multitalented Korean star recently released his latest mini-album called “Back to Basic,” which included the tracks “Love Song” and “Hip Song.”

The MTV Movie Awards are a pop culture-focused fete, complete with prizes for such events as best kiss and best villain. This year’s event was hosted by stand-up comedian and actor Aziz Ansari.