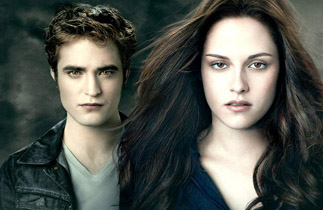 The vampire-themed “The Twilight Saga: New Moon” was the big winner at the MTV Movie Awards, taking five prizes, including one for best movie.

Stewart’s best actress award was her second in two years for her work in the film series about a teenager who falls in love with a vampire (Pattinson).