Won Bin returns as the man from nowhere

Won Bin returns as the man from nowhere 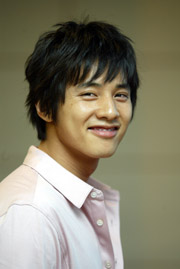 Won Bin will soon return to the screen in his first role since his appearance in last year’s award-winning film “Mother.”

In the new film, “Ajeossi” (“The Man from Nowhere”), Won Bin plays Cha Tae-sik, a desolate man who has cut himself off from the world. When his only friend So-mi, the girl next door who refers to him as “ajeossi” (uncle), is kidnapped, Tae-sik decides to end his isolation and return to the real world.

Child actress Kim Sae-ron, who starred in the award-winning film “A Brand New Life” (2009) will also appear in this action-packed film, which is directed by Lee Jeong-beom. Lee made noir film “Cruel Winter Blues” in 2006, earning rave reviews from critics. The film is currently in production and scheduled for release in August.