After the election, it’s payback time

After the election, it’s payback time 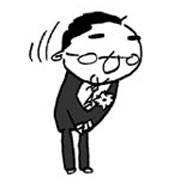 In 1519, Charles V of the House of Hapsburg and Francois I of France competed for the throne of the Holy Roman Empire. They appeared evenly matched in supporters until the wealthy banker Jacob Fugger threw his weight behind Charles V. He bribed the feudal lords of Germany who had the right to elect the emperor, giving them what would be the equivalent of $12 million. In the end, even Francois I of France voted for Charles V because Fugger had bribed him, too.

After being crowned emperor, Charles V tried to put restrictions on commercial businesses. Fugger intervened, however, and reminded the emperor of his debt to him. Charles V gave up his plan and it was not long before he even expanded the rights of commercial businesses. He granted Fugger the rights to develop the port of Antwerp, and Fugger today is remembered as Jacob Fugger the Rich.

Today, elected officials often find themselves in similar predicaments as the emperor. Organizations, corporations and individuals donate unthinkable amounts of their time and money to candidates during their campaigns. They then expect some sort of return on these investments once the candidate is elected. Perhaps the only thing that distinguishes these “investors” from Fugger is their methodology. While Fugger could be explicit in his demands, people today must be more circumspect and sophisticated in their requests.

In 1996, U.S. President Bill Clinton signed a new communications bill into law. The bill lowered barriers between the communications, information and media industries. American philosopher Noam Chomsky wrote in “Profit over People: Neoliberalism and Global Order” that the law came after groups affiliated with the communications industry donated enormous amounts of money to Clinton’s election campaign. He argued that the donations were essentially a quid pro quo for signing the bill into law.

These sort of quid pro quos don’t always work out, however. The Port Authority Transit Corporation of the United States supported Ronald Reagan in the 1980 presidential race. After Reagan was elected, they staged a general strike demanding improvements in their working conditions. They wanted to get something in return for their support, but Reagan refused to “pay them back.” Instead, he enforced a law which prohibited public servant unions from staging walkouts and punished the union by breaking it up and dismissing 11,245 of its members.

It is human nature for people to feel obligated to pay back someone who has supported them in rough times. But it is important for our newly elected officials to distinguish between right and wrong in all of their decisions.

Fulfilling their duties with fairness and impartiality is the best payback they can give the voters who elected them.