Another cellist, Myeong-jin (Lim Ji-gyoo), may not be as good, but she has great passion for music.

One day before a competition, Myeong-jin and Jeong-woo find out that they will be auditioning with the same piece of music, composed by their friend Ji-eun (Seo Hyeon-jin), who will also serve as accompanist.

But when the sheet music disappears, the trio’s friendship starts to feel a strain.

In July 1950, at the beginning of the Korean War, a young boy Jjang-i (Sin Myeong-cheol) and his friends are unaware of the events unfolding around them as they prepare for a singing contest. When the U.S. Army is defeated, the enemy moves toward Jjang-i’s village, which lapses into chaos. The villagers, who believe that the U.S. Army will protect them, see their lives begin to change when the village is bombed and its people are shot. 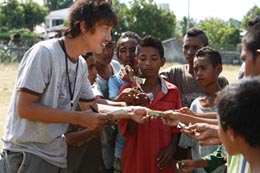 Based on a true story of the Korean football coach Kim Sin-hwan, this film was co-produced by Korean and Japan.

Dreaming of turning his life around, Kim Won-gwang (Park Hee-soon), a former football star, decides to head to East Timor, where the pain of civil war is still raw.

After seeing the children play football in bare feet, he decides to sell cleats to kids. He opens a store and makes a contract with children who want to get a pair of cleats but can’t afford them. But the contract proves difficult to honor. 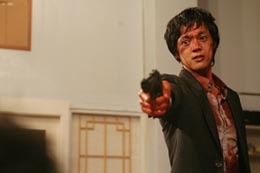 Yoon-seong (Kim Heung-soo) is an unlucky guy who works a part-time job, and his friend Jong-gil (Oh Tae-kyeong) is a rude, little jerk. They are friends with a womanizer, Yeong-jo (Seo Jang-won). The three are all brought together by their mutual desire for a gun, because they think bearing arms will turn their lives around. When a new guy, Lee (Choi Deok-moon), comes onto their scene, their lives change in unexpected ways.

Meanwhile, Yoon-seong’s sister, aspiring starlet Hye-kyeong (Jo An), gets involved in a plan with these three bad guys. 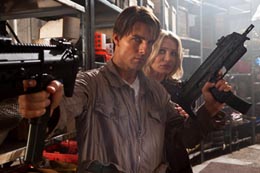 Tom Cruise and Cameron Diaz reunite for the first time since “Vanilla Sky” (2001) to star in this fast-paced crime caper about a fugitive couple and the federal agent (Peter Sarsgaard) hot on their tail. A quintessential summer flick, the film is as long on star power and action sequences as it is short on plot and writing. As escapist romps go, though, this one can’t be beat for light-hearted laughs, even as the body count stacks up.

Based on Cherie Currie’s memoir, “Neon Angel,” about her experiences as a teenage rock star in the 1970s, this biopic chronicles the formation, meteoric rise and untimely collapse of The Runaways, the first all-girl rock band. Starring Dakota Fanning as Currie and Kristen Stewart as Joan Jett, the film focuses on the relationship between the adolescent Currie and Jett before Currie’s drug-induced departure from the band. 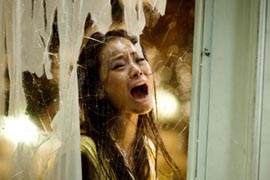 A horror movie about a sorority prank gone dreadfully wrong, this film is a remake of a 1983 slasher flick titled “The House on Sorority Row.” Featuring a host of beautiful and screaming coeds, as well as a cantankerous Carrie Fisher as the house mother, the film is one house party gone wrong that you won’t want to miss.