The banker that believed in Chung

The banker that believed in Chung 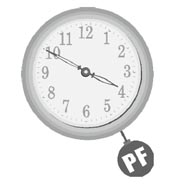 Late Hyundai Group founder Chung Ju-yung is a well-known pioneer for project financing in Korea. His success with the Ulsan Shipyard project in 1971 has been held up as an example for modern-day construction companies.

In the early 1970s, Korea was still a poor country and it was difficult for local businessmen to receive much-needed loans from foreign banks. In this environment, Chung boldly met with a banker at Barclays and asked for money to finance the dockyard’s construction. The banker told him that the British bank would give Hyundai a loan if Chung could bring the bank a contract from someone who was willing to buy a ship from Hyundai.

Despite the difficulty of the task, Chung traveled the world looking for a potential buyer. Chung finally convinced the Greek shipping company Livanos to order two crude oil carriers. Using the contracts, Chung successfully secured a loan and constructed the Ulsan Shipyard.

The feat was considered a miracle at the time. Today, however, such project financing is common in the banking and construction industries. For example, a construction company might ask a bank for a loan to build an office building. Whether the bank issues the loan hinges upon whether businesses are putting down deposits for office space in the proposed building.

Greece made Chung Ju-yung’s miracle possible in the 1970s, but today, the southern European country is faced with one of the worst economic crises. Some European politicians are even calling for Greece to sell ancient remains such as the Parthenon to cover its debt. But instead of selling such historic sites to private enterprises, the country might consider borrowing money against the sites, using future income from admission charges as security.

Both Chung’s success in project financing and the hopes for Greece’s recovery from the crisis are based on ideas of dealing with the value of time. The core of modern financial engineering is predicting and managing the risk between now and the future. While finance technology has evolved over the years since Chung’s project, the underlying principles are the same.

Lately, savings banks here are struggling. They find themselves caught in the position of having given out loans to construction companies that cannot complete their proposed projects. There were warning signs that the banks were in trouble, but the authorities failed to control the crisis properly. Only recently did the government come up with a public fund to assist the savings banks.

So why did the savings banks fail?

We praise the frontier spirit of Hyundai’s Chung, but the banker at Barclays deserves equal attention. Modern-day savings banks should examine proposed construction projects more carefully, and learn to tell the difference between bad ideas and future success stories like Chung’s.