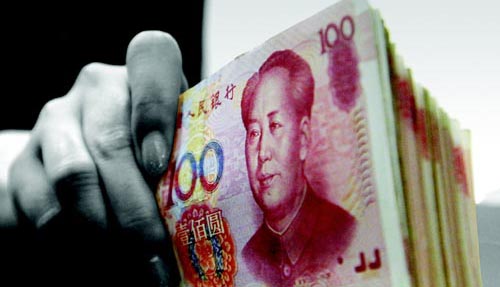 China recently decided to depeg the yuan against the U.S. dollar and instead let it float against a basket of international currencies. [REUTERS]

We waited for ages for China to move on the yuan. When it did, the dollar-yuan rate zigzagged and ended pretty much where it began. The few tiny morsels were barely enough to whet your appetite.

The announcement of a depegging has achieved some benefits for China. The U.S. Congress has cooled off a bit, though we don’t know how long it will last. The “yuan free lunch” expectation has revived the weak Shanghai and Hong Kong stock market, providing the courage to stage the initial public offering of Agricultural Bank of China Ltd. Only China can do such a large IPO in a difficult market.

I’m not suggesting the depegging announcement is all hot air. The yuan will appreciate somewhat in the next 12 months, just not by much, probably less than 5 percent. The Australian dollar could move by that much in a week.

While we have been talking about yuan appreciation for the past five years, the currency has already strengthened in real terms through inflation. Real-estate prices have tripled in this business cycle. As property makes up a third of living costs on average, this alone means the real yuan value has doubled. Unlike five years ago, the yuan is no longer undervalued.

It’s a puzzle that Americans are so worked up about China’s currency. Is it really good for the U.S. if China’s currency strengthens a lot? U.S. politicians think that Chinese will buy more American goods on a rising yuan to balance bilateral trade. But they don’t pay attention to the possibility that Americans would pay more for Chinese goods. It is possible and likely that a stronger yuan will increase the U.S.’s trade deficit with China for an extended period, possibly five years.

While the yuan may not appreciate much, China’s factory wages will rise a lot. Americans will pay more for Chinese goods anyway. When the supply of labor is endless, as in China over the past 20 years, productivity goes to consumers, investors or tax collectors, but never workers. This is why China has had a rapidly growing economy, but stagnant wages.

When the labor market moves toward full employment, wages will rise faster than the overall economy to catch up with productivity gains. Chinese labor incomes as a share of gross domestic product may rise by more than 10 percentage points in a decade.

When wages rise faster than productivity, it means inflation. It is a necessary byproduct of China’s transition to full employment. Wages will probably quadruple and nominal GDP will triple over the next decade. Half of the latter would be from real growth, the other half inflation. China’s export prices may double, too.

But the next decade may be the opposite: a growth rate of about 6 percent to 8 percent, inflation of as much as 10 percent, and wages rising at 15 percent. Interest rates would have to increase a lot to stabilize inflation, which would bring down property prices, at least during the transition.

China is still reluctant to raise interest rates to cool inflation. The yuan appreciation expectation is keeping liquidity strong, which gives the government room to raise or not raise borrowing costs.

Normally, a developing economy facing a similar situation would lead to the expectation of currency depreciation, as the market shows concern about competitiveness. That would lead to a liquidity outflow that forces interest rates up. Somehow China always has more flexibility. Its size makes many believe that it is different.

Sustained inflation will put depreciation pressure on the yuan over the next two years. I suspect the same people who talk about yuan appreciation now will say the opposite in 2012. Let me make an early prediction: China will hold the exchange rate and drain some foreign-exchange reserves. It will carry out a round of structural reforms to improve competitiveness and demand, just as it did in 1998.

The yuan’s exchange rate is no cure-all for global imbalances. Its movements in the coming months will just be a sideshow to the wage inflation that looms.

*The writer is an independent economist and was formerly Morgan Stanley’s chief economist for the Asia-Pacific region.