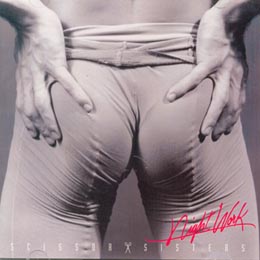 Could it be any cuter? Everything from the ’70s and ’80s is making a comeback - and music is no exception.

The five-member group from New York calling themselves the Scissor Sisters has been bringing back the sounds of the disco age since the early 2000s.

The group’s new album is a mix of male and female vocals and retro keyboard sounds. The steamy album cover gives a sneak preview of the suggestive lyrics to come.

The group says that Queen, Paul McCartney and the Bee Gees were influences on their music. Just imagine classics by Blondie, the Eurythmics and Chic rolled into one.

As the title suggests, the CD is packed with songs that are made to be danced to. It is a welcomed addition to the endless electronica that seems to be all we hear at clubs these days.

Overall, this is a fun album that you can listen to while getting ready for a night out on the town, and it is an appropriate vehicle for bringing a little retro fever back into the millennium.