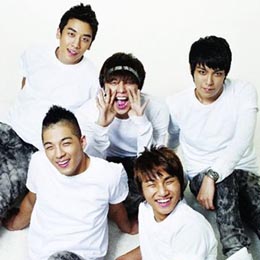 Korean boy group Big Bang has received a United Nations award at a music festival for their efforts in promoting cultural exchanges in the Asia-Pacific region, their agent said Sunday.

The five-member group was given the Global Unity award from the world body on Saturday at the Asia-Pacific Global Tolerance with Music festival held at Universal Studios Japan in Osaka, said YG Entertainment, which manages the group.

The hip-hop pop band was credited with contributing to cultural and social exchanges across the region since its debut in 2006, the group’s agent said in a press release.

“We will continue our efforts so Asians can understand each other better and grow with music,” Big Bang was quoted by the agent as saying in the ceremony.