Looking for the new “ladies of leisure”

Looking for the new “ladies of leisure” 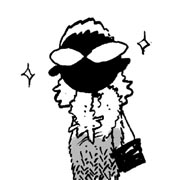 The word “madame” in French is derived from the Latin “mea domina,” meaning “my mistress” of the home. In the past, it referred to a lady. In 17th and 18th century France, noblewomen nurtured a distinctive culture - a salon culture - by opening their living rooms, or salons, to intellectuals. They invited poets, scholars and artists to their salon for discussions on reality and the arts, and offered to provide them with financial support if necessary. They hosted many writers, including Jean-Jacques Rousseau, the enlightenment philosopher, as well as painters and musicians. In the true sense of the word, they were the original “ladies of leisure.”

In Korea, it is not clear when the word “lady of leisure” was first used. In 1935, when Korea was under Japanese occupation, Samcheolli magazine reported on the opening of the modern Hwasin Department Store, which was built on the spot where the Chongno Tower now stands: “Many people in Seoul, ranging from ladies and ‘ladies of leisure’ to wealthy people without jobs, gathered like clouds.” Although it was a common moniker, it seems that it was not synonymous with self-indulgence and vanity.

The label underwent a significant change after Korea was liberated from Japan. In the short story, “Two Bankruptcies,” novelist Yeom Sang-seop (1897-1963) wrote: “Her appearance was that of a ‘lady of leisure’ of a rich man, as she had her hair curled nicely, wore light makeup and held a shiny U.S.-made handbag tightly under her arm.” Novelist Chung Bi-seok (1911-1991) later wrote in his novel, “Madame Freedom,” that “a modern woman who wears new dresses, smokes cigarettes and enjoys dancing at a ball” was a lady of leisure.

Kim Sung-joo, chairwoman of Sungjoo D&D, recently provided a clue when she said, “I have a sinking feeling when I see high-class women gathering at luxury restaurants in the morning, idling away their day chatting and pondering where to go to shop and have fun.” It’s obvious that these women, no matter how well educated, think nothing of patronizing luxury restaurants and spending time shopping.

But I look forward to seeing the arrival of a new kind of lady of leisure - one who devotes her spare time to the development of society.