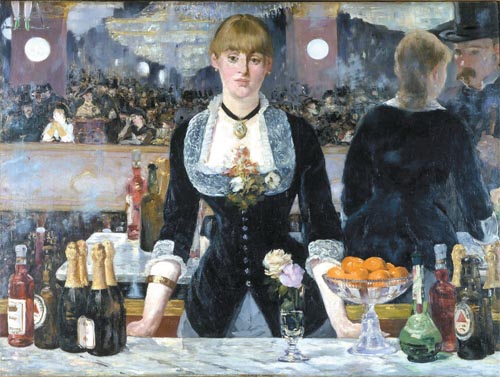 
“Stone Breakers” by the French artist Gustave Courbet (1819-77) makes your heart ache with empathy, but you certainly don’t want to jump into the frame and help out.

To begin with, the landscape around the stone quarry is bleak and desolate.

Both the man holding the hammer to the right and the boy barely supporting the bulging basket filled with stones appear overburdened by their heavy labor. If you look closely, the man seems a bit too old for his job, whereas the boy seems too young. Moreover, their clothing is tattered and threadbare.

The painting looks somewhat cruel, particularly when compared to Jean-Francois Millet’s “The Gleaners” - a piece I introduced in a previous column that also realistically depicts the difficult work of laborers. But while Millet’s work has tones of lyricism and an overall poetic mood, Courbet’s work is not at all tinged with romanticism.

The bourgeoisie critics of the time scorned Stone Breakers, saying that it was by no means artistic or beautiful.

But the French anarchist and socialist Pierre-Joseph Proudhon (1809-65) lauded the artwork for bringing the drawbacks of industrialization and capitalism into the spotlight.

“Here indeed is the mechanical or mechanized man in the state of ruin to which our splendid civilization and our incomparable industry have reduced him,” Proudhon wrote in a note about the painting. “This modern servitude devours the generations in their youth; here is the proletariat.” 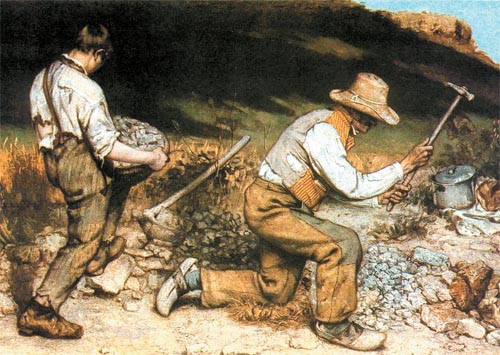 Besides, even if society converted to a socialist system, such a move would not automatically solve poverty and eliminate heavy labor. For example, the underage labor depicted in Stone Breakers - which has often been mentioned as a negative side effect of the Industrial Revolution - existed in the past.

Many were also deprived of any opportunity for education. In other words, they weren’t given a chance to climb up the social ladder.

Nonetheless, viewers have absolute freedom to interpret artists’ works as they wish. As far as this painting is concerned, it’s important to note that the piece demonstrates intricate details of labor and the shadowy side of society. 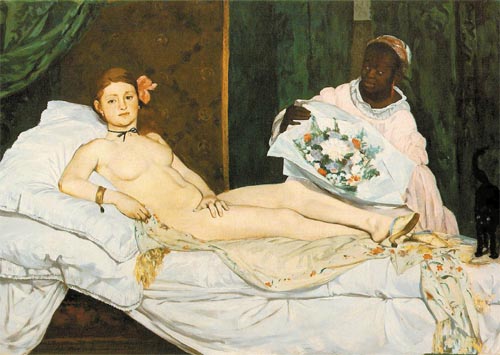 
The painting is not so shocking to today’s viewers, but it certainly was for people living in a time when art was primarily used to decorate rooms with depictions of ideal beauty.

Courbet is famous for saying, “I will draw an angel if you show me one.” In this sense, he defied the conventional images of Christianity and Greco-Roman subjects, using the canvas to show scenes and subjects as they appeared - at the moment, at the site.

The artist was also active in politics and joined the Paris Commune in March 1871. The Commune was a government body established by frustrated citizens after France was defeated in the Franco-Prussian War and lost the provinces of Alsace and Lorraine in a humiliating treaty. It declared the introduction of new policies based on socialism including reform of labor conditions. But in only two months it was overthrown by the central government.

Though Courbet left the Commune before it was overthrown, he was arrested and sentenced to imprisonment for destroying a memorial erected to celebrate Napoleon’s war victories, though it is still not entirely clear if the artist did indeed commit the crime.

While he was released from prison after a few months in jail because of illness, he was fined an immense amount of money and was stripped of all property, including his artworks. Unable to pay off his remaining debt, Courbet moved to Switzerland in 1873 and passed away there four years later.

Despite his tumultuous life in politics, Courbet’s art does not directly convey political messages. It seems that he stayed true to depicting reality as it was rather than embed a certain political doctrine into his work. Therefore, he said that he was a socialist and a democrat, but “above all, a realist.”

Such attitudes influenced later artists, including Edouard Manet (1831-83), well known as the artist who opened the door for impressionism. He emphasized that “a person must live his life and draw what he sees.”

Based on such thoughts, Manet presented a painting of a nude woman under the title “Olympia” instead of “Venus.” As a result, he was harshly criticized, even though artists had done plenty of paintings featuring nude women since the Renaissance period.

Most of the previous nude paintings were named after Venus (the goddess of beauty) or celestial nymphs. In fact, most of the models for these works were the concubines of powerful figures, high-class prostitutes or the artists’ lovers. However, when the women in these paintings were given the name Venus and accompanied by some winged cupids, observers felt the works portrayed noble voluptuous beauty and therefore were not obscene.

Manet’s painting, on the other hand, appeared with the title Olympia, a common name at that time for prostitutes. The woman in the piece looks like a real-life harlot - the black ribbon adorning her neck, the slipper dangling seductively from her foot and the realistic portrayal of her body without an iota of beautification all seem too real to be fabricated.

It must have been a shock to viewers, who had justified staring at nude portraits by saying they were appreciating fine art. So they poured on the criticism. Manet was not as defiant as Courbet was, so he was hurt by the harsh reviews from critics and the public. Gradually, he became reluctant to paint nude women.

But he kept the spirit of a realist and continued to depict everyday life. “

“A Bar at the Folies-Bergere” reveals this lively spirit. Viewers can make out the fatigue and aloofness of a bartender in stark contrast to the gregarious customers reflected in the mirror behind her. It highlights Manet’s quiet empathy to the weariness of people in service-related occupations.