The summer drought is over for art lovers

The summer drought is over for art lovers 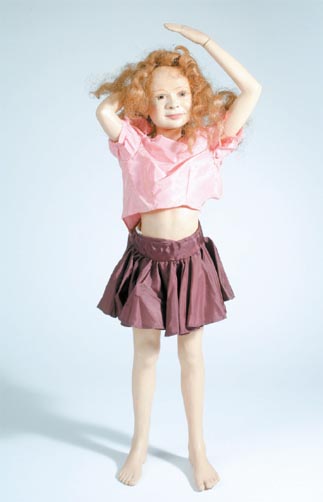 Realistic with a tinge of the fantastic, Morton Bartlett’s doll -just one of many he photographed - is part of the Gwangju Biennale. Provided by the organizers

If you find yourself complaining about the lack of new exhibitions during the summer vacation season, you’re about to get a happy surprise. Next month will bring a wave of fascinating art shows to Korea - so many that art lovers will wish they could be in two places at once.

First, the 8th Gwangju Biennale - a biannual contemporary art show in the southwestern metropolitan city - is scheduled to open on Sept. 3 and feature photographic, installation and media art works by about 120 artists from 31 countries.

The theme is “10,000 Lives,” or “Maninbo” in Korean, and is inspired by and named after the epic poem by Ko Un. The show focuses on the relationship between humans and images, and in particular “our obsession with images... as substitutes, effigies, and stands-in for ourselves and our loved ones,” the Gwangju Biennale Foundation said in a statement.

“From ancient mythology we learn that images were created to capture the shadow of lovers and to commemorate the life of the ones we had lost,” Massimiliano Gioni, director of the biennale, said in the statement. “The exhibition unravels as a gallery of portraits or as a dysfunctional family album. It tells the story of people through the images they create and images they leave behind. And it follows the lives of images themselves, tracing their endless metamorphosis, from funerary statue to commercial propaganda, from religious icon to scientific tool, from a mirror of ourselves to a projection of our desires.”

Gioni is the Italian director of special exhibitions at the New Museum in New York. 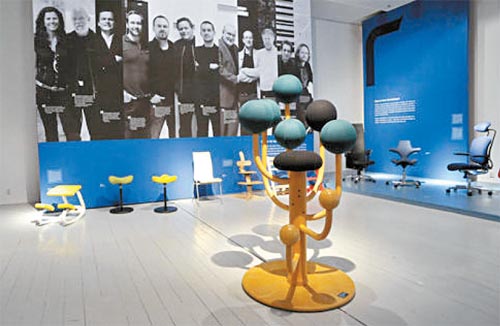 A Norwegian chair show will be one of many special exhibitions at the Seoul Design Fair at the Jamsil Sports Complex in southeastern Seoul Sept. 17-Oct. 7. Provided by the organizers.


The exhibit - compiled by the curator and collector Ydessa Hendeles - evokes a strange nostalgia, with more than 3,000 photos on exhibit of people holding teddy bears. Other photos recall harrowing memories of people about to be executed at Cambodia’s Tuol Sleng prison during the Khmer Rouge’s reign of terror.

The Gwangju Biennale will continue through Nov. 7 at Biennale Hall, the neighboring City Museum, the Folk Museum and in outdoor alleys at the traditional Yangdong Market. More information is available at the official Web site, www.gb.or.kr.

Next, Media City Seoul, formerly known as the Seoul International Media Art Biennale, will kick off at the Seoul Museum of Art in Jung District, central Seoul, on Sept. 7. The showcase, focused on new media art, will continue through Nov. 17 not only at the museum but also at its branch inside Gyeonghui Palace and at other venues in the neighborhood.

The 45 participating teams of artists from 21 countries include famous names like the British-American artist Sarah Morris and the Thai film director Apichatpong Weerasethakul, who won the Palme d’Or at this year’s Cannes International Film Festival. Among the Korean artists involved are Cho Duck-hyun, Lim Min-ouk and Noh Sun-tag.

“The art work in the show will tell us or ask us what trust is, as the expansion of media brings about information distortion and the blurring of messages,” Kim said. “Not only works in new media such as digital art, but also works in old media, such as prints, will be featured.” 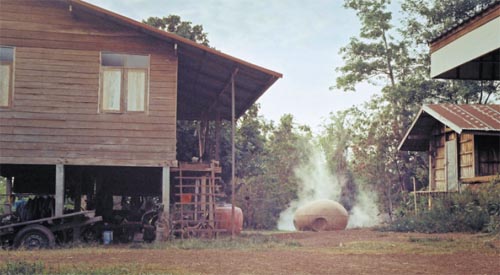 A film by Thai director Apichatpong Weerasethakul, winner of the Palme d’Or at this year’s Cannes International Film Festival, will be shown at Media City Seoul this year. Provided by the Seoul Museum of Art


More detailed information about the artists, venues and schedule can be found on the event Web site, www.mediacityseoul.org.

The five-day art market from Sept. 9 to 13 will feature nearly 200 art galleries, including 73 foreign galleries with more than 5,000 pieces of paintings, sculptures, installations and other art work.

This year’s guest country at KIAF is Britain, which has the world’s second-largest market for contemporary art. Fifteen galleries from Britain will have booths in the hall and the list of all galleries participating in the art fair, along with other details, are available at KIAF’s official Web site, www.kiaf.org.

About a week later on Sept. 17, the Seoul Design Fair will begin at the Jamsil Sports Complex in southeastern Seoul. The design work of more than 200 brands from 20 countries - ranging from jewelry and furniture to exhibition displays - will be shown at the fair.

The design fair, which will run through Oct. 7, will feature an international competition, special exhibitions and design classes.

Detailed information is available at its Web site, sdf.seoul.go.kr.