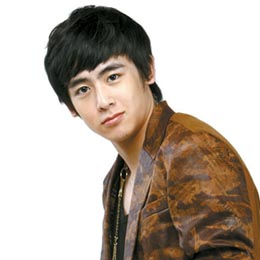 When Korean boy band 2PM released the song “Fly To Seoul” on Monday, one member was noticeably absent. The cover featured just five of the band’s six members.

According to the group’s management company, JYP Entertainment, Nichkhun, the missing band member, could not participate in the making of the song because of his responsibilities as a spokesperson for Thailand’s Ministry of Tourism.

The song - an upbeat tune that highlights the city - was written by songwriter Super Changttai.

Last July, 2PM was selected to promote Seoul in Southeast Asia. Other representatives include actor Lee Byung-hun for Japan and the Wonder Girls for China.

Meanwhile, 2PM is getting ready for a concert on Sept. 4 and 5.