Mine miracle a wake-up call

Mine miracle a wake-up call 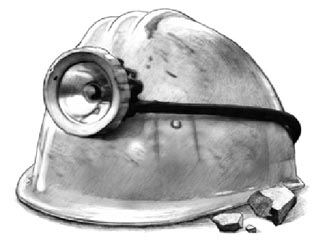 On Oct. 13, 1972, a Uruguayan jet flying from Montevideo to Santiago, Chile, with 45 passengers on board crashed in the Andes due to engine failure.

Although search and rescue operations were launched immediately, most observers doubted there would be any survivors, as the plane crashed amid stormy weather in an alpine region 3,600 meters (11,811 feet) above sea level.

On Dec. 23, with search efforts nearing an end after more than two months of futility, a rescue team found 16 survivors alive in the mountains 72 days after the accident.

The world greeted the news with cheers, but the story behind their survival was shocking. Since the flight was a relatively short one, there was almost nothing to eat on the plane.

The survivors obtained drinking water by melting snow on the mountain, but they soon began to starve. Ultimately, they confronted the harsh reality that they had no other choice but to consume the flesh of their dead colleagues.

After details of the survival story surfaced, some critics became openly hostile towards the survivors, taking aim at their decision to engage in cannibalism. Many more people, however, lauded their strong will to survive in an extremely trying situation, as they had to overcome extreme cold, a lack of food and the crash itself. Hollywood even produced a film based on the story called “Alive” in 1993.

Today people are glued to their television sets as they watch another survival story unfold, this one in Chile. Recent reports have detailed the story of 33 miners in northern Chile who were presumed to be dead when the mine shaft they were working in collapsed. But rescuers have found that they are still alive, though they are still trapped 700 meters (2,300 feet) underground.

Many people are calling it a miracle, yet the ultimate fate of the miners is not yet known: Rescuers say it could take four months to get the men out, an extraordinarily long time to remain underground.

Although rescuers are able to communicate and provide essentials such as food through small holes they drilled to the site, the key question is whether the men can endure extremely hot temperatures for so long in such damp and dark confines. In an extreme situation like this, no one knows how they will cope. Psychologists say it is essential that the men maintain mental stability and have a sense of humor. Keeping a positive attitude, these professionals say, is just as important as eating and drinking when it comes to survival in this scenario.

These men are more fortunate than other cave-in victims in the third world countries, where mining accidents occur often and deaths are common.

With this in mind, it’s high time we check the safety of Korean mine workers as well to avoid the need for an underground miracle.