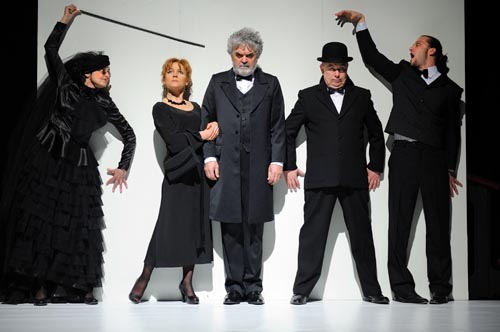 The annual World Festival of National Theaters featuring a global variety of stage performances from dance to drama and classical music kicks off tomorrow at the National Theater of Korea (NTOK) in Namsan, central Seoul.

The festival this time will break its tradition of focusing on traditional works from the participating national theaters by adding performances with postmodern elements.

“The theme for this year is post-modern,” said Lim Youn-churl, president of the NTOK, in a press conference last Tuesday.

Works that will have a Seoul premiere include “Tango,” a drama by Slawomir Mrozek, a Polish master of absurdist theater; “A Midsummer Night’s Dream,” a modern ballet by the Karlsruhe Dance Company of Germany; and a modernized version of Shakespeare’s “Othello” by the Vigszinhaz Comedy Theater of Budapest.

Other attractions include “Krapp’s Last Tape,” a one-act solo drama originally written by the Irish dramatist Samuel Beckett. Robert Wilson, an acclaimed American avant-garde stage director and playwright, will direct and play the role of an old man musing over his past and future, conversing with his own past voice recordings. 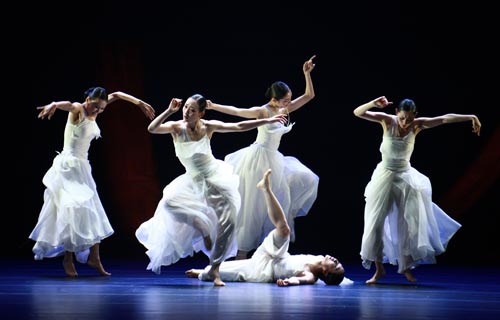 During the two-month festival, 34 works from nine countries - Japan, Egypt, Hungary, the United States, Nigeria, Germany, Slovakia, Thailand, and Korea -- will be staged.

As part of the cultural exchange programs among the national theaters, the NTOK’s individual artistic companies, including the traditional Korean dance troupe, orchestra and changgeuk (chorus), have been performing at other national theaters.

The festival opener will be the National Dance Company of Korea’s “Soul, Sunflower” featuring dynamic movements of Korean dance with jazz as background music. Since its successful debut in 2006, the fusion-style piece has regularly been staged at the NTOK amid rising popularity.

Setagaya Public Theatre in Tokyo’s Sangenjaya district will bring its traditional comedy (kyogen), while the Cairo Symphony Orchestra will play Egyptian composer Mohamed Saad Basha’s overture “Sabreen” as well as Kodaly’s “Dances of Galantas” and some songs from Verdi’s opera “Aida” in its first visit here. 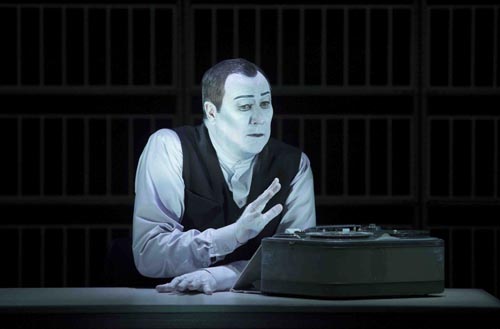 Top,“Tango,” a drama by Slawomir Mrozek; center, “Soul, Sunflower” by the National Dance Company of Korea; and above, “Krapp’s Last Tape,” played by Robert Wilson. Provided by the National Theater of Korea


The National Orchestra of Korea will debut an orchestrated work based on “Eobusasisa,” a sijo, or traditional three-verse Korean poem about the fishermen’s songs for four seasons by poet Yun Seon-do during the Joseon Dynasty.

Hwang Byung-ki, artistic director of the orchestra, describes the work as “gugak (traditional Korean music) cantata” since it will have four different parts symbolizing four seasons of Korea with each part consisting of five different songs.

Those songs will be sung either solo, duet or trio and at times in unison with the traditional orchestra.

With the theater celebrating its 60th anniversary this year, the festival is to serve as a reunion venue for artistic companies that spun off from the organization 10 years ago - such as the Korea National Ballet Company, the National Opera and the National Chorus of Korea.

The first two will respectively stage “Prince Hodong” and “Arang,” both famous repertoires of their own creation, while the chorus will sing Korean lied (songs) during the festival.