First the G-20, then APEC in Yokohama

First the G-20, then APEC in Yokohama 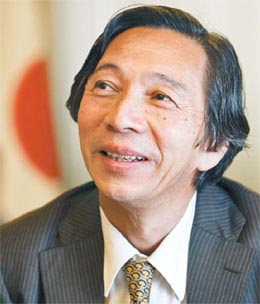 Japan’s new ambassador to Korea, Masatoshi Muto, knows that cooperation between Korea and Japan is vital for the future, but with Seoul hosting the G-20 Summit on Nov. 11 and 12, and the leaders of the APEC economies gathering in Yokohama, Japan on Nov. 13, that relationship is now more important than before.

“Cooperation between Korea, chair of the Group of 20, and Japan, chair of the Asia-Pacific Economic Cooperation forum (APEC), is imperative to the success of the meetings in November,” Muto said. “And to my delight, both countries have been closely cooperating with each other.”

In a recent e-mail interview with the JoongAng Daily, Muto stressed that the two events - to be attended by key players in the global economy - are important opportunities for Korea and Japan to contribute to the recovery of the still fragile economy. 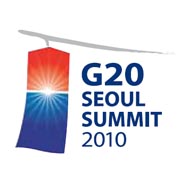 Muto also highlighted the importance of the G-20 in today’s international economic affairs.

“It is no longer effective to discuss global economic issues without involving emerging economies,” he said. “Japan puts importance on the G-20 as the premier forum for international economic cooperation and values the roles it played in addressing the global economic and financial crisis. To achieve strong, sustainable and balanced growth, advanced and emerging economies must closely cooperate within the framework of the G-20.”

As the ambassador of Japan, also a member of the Group of Eight, Muto also stressed the importance of the role the G-8 can play.

“The G-8, as a gathering of major advanced countries with a shared sense of fundamental values, continues to play significant roles in dealing with global challenges, including pressing political and security issues,” he said. “We need to make use of the expertise and characteristics of each forum to tackle various international issues.”

At the latest G-20 summit in Toronto, the leaders agreed that the advanced economies will have to reduce their fiscal deficits by 50 percent by 2013.

Concerns were high about Japan’s ability to do so, as the country has a snowballing public debt. According to the International Monetary Fund, Japan’s outstanding public debt is projected to expand to nearly 200 percent of gross domestic product this year - by far the largest among industrialized countries.

Muto said Japan’s situation is different from other advanced economies, noting that the challenge is more of a structural situation involving Japan’s society and economy, and not the result of the financial meltdown.

“The fiscal debts of Japan have not been recently added to counter the global economic crisis but they have been accumulated since the 1990s,” Muto said. “Accordingly, Japan’s fiscal conditions have not abruptly worsened. In addition, Japan has the structural problem in which it is pressed to increase spending on pensions and health insurance because the society is aging rapidly.”

Muto added: “Considering such structural problems, in order to simultaneously achieve an improvement of the fiscal conditions and the nation’s economic growth, we have practical plans to reduce the basic government deficit by half compared to the nation’s GDP and to turn government finances into a surplus while stably cutting outstanding government bonds compared to the nation’s GDP, in accordance with our new growth strategies and government budget management strategies. The G-20 leaders said in their statement in Toronto that they ‘welcome’ Japan’s attitude.”

The ambassador said it is important for the G-20 members to steadily implement the commitments they agreed to in the past four summits to realize sustainable recovery of the world economy, promising Japan’s cooperation to support Korea’s initiatives of supporting developing countries.

“All members should continue to cooperate with a shared understanding of the goals and roles of the G-20 toward the Seoul summit,” he said. “To this end, we expect Korean leadership in bridging the interests of advanced and emerging economies. Japan will give utmost cooperation to the success of the Seoul summit.”