The unwinnable war on germs

The unwinnable war on germs 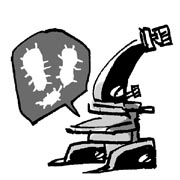 A big fire broke out at a night club in Boston on Nov. 19, 1942. The fate of several hundred victims who were badly burned in the conflagration initially looked grim. Most of the patients developed staphylococcus infections and began passing away, as a treatment for the bacteria had not yet been developed at the time.

But doctors began treating the burn victims with something called penicillin, a relatively untested drug that had not yet been refined. The medicine wound up saving the lives of about 200 patients.

It was a historic event, marking one of the first times penicillin was used on infected patients.

The history of the human race is filled with constant struggles against bacteria. It should come as no surprise as there are more than 600 trillion germs and microorganisms that live in the human body.

The first major victory for humans in the war against bacteria was penicillin. And that was just 70 years ago.

Before that there was virtually nothing humans could do to fend off germs. The plague that killed roughly a quarter of Europe’s population in the 14th century was the result of bacteria.

But the medical effects of penicillin, which was once called a “miracle drug,” did not last long.

New germs that destroy and neutralize the molecular structure of penicillin soon appeared. According to medical experts, about 50 percent of staphylococcus bacteria acquired a tolerance to penicillin by the 1940s. That means penicillin surrendered to the counterattack of germs less than 10 years after its introduction.

Although humans have responded by developing second and third-generation antibiotics, it is difficult to put an end to the war, as the bacteria continue to mutate into germs that are resistant to the latest drugs.

These types of “super” bacteria are more formidable an enemy than AIDS.

In 2005, AIDS claimed the lives of 12,500 people in the United States, while the death toll from methicillin-resistant Staphylococcus aureus hit 18,650.

The appearance of super bacteria is in part the result of the abuse of antibiotics. In the war against germs, therefore, we should look to prevent such abuse before releasing new drugs. It’s been said that too much of something is as bad as too little. If the human race does not want to return to pre-penicillin era, we should take this to heart.