Koreans up in arms over draft dodging stars

Koreans up in arms over draft dodging stars 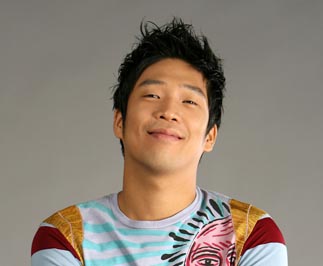 Some feigned insanity. Others dislocated their own shoulder joints.

And some even drank lots of coffee to instantly raise blood pressure. These are just some of the creepy methods some young Koreans have been caught using to dodge mandatory military service in Korea.

Recently, another weird method was used to dodge the draft: tooth extraction. Shin Dong-hyun, a hip-hop artist better known as M.C. Mong, who made it big with his improvisational flair and high-energy singing, faces charges that he intentionally had healthy teeth removed to make himself ineligible for the draft in 2007. Army doctors found in 2007 that Shin, now 31, had 12 molars missing, which disqualified him for military service, according to the military. But after months of investigation, police said last week that at least four of those missing teeth were intentionally pulled out, even though they were healthy.

Shin was unreachable for comment, but he previously denied any wrongdoing, claiming that he had chronic gum problems from his childhood.

Shin’s case has rekindled a heated debate about draft dodging by TV and sports stars who make more money and wield more influence than people in any other profession, but for these stars job security is always in jeopardy.

In Korea, all able-bodied men age 20 or older are required to serve in the armed forces or do civil service for nearly two years

Controversy over celebrities’ draft dodging has been an ongoing issue, with huge public uproars ensuing after every case.

Yoo Seung-jun, a Seoul-born singer who immigrated to the United States as a child, had repeatedly said in interviews that he would fulfill his military duty. But in 2002, just before he was to be enrolled, he became a naturalized U.S. citizen. It shocked the Korean public, and the government banned him from performing in Korea and deported him to the United States.

Psy, a hip-hop artist known for his flamboyant stage persona, was sent back to the military in 2007 after his stint in the alternative civil service was found to be negligent.

“There is a common view that entertainers are the privileged class who easily make money, and there’s a common jealousy against them,” said Lee Taek-gwang, a British and American culture studies professor at Kyunghee University in Seoul. “So when those privileged people evade their duty, the public feels greater anger than toward evaders of any other profession.”

Stars often fear they will be forgotten in the fast-changing entertainment realm, where fame goes quickly.

According to a poll on the efficacy of television commercials by CM Institute, a private research organization in Seoul, it takes years for even top stars to regain popularity after military service, and for many, such a rebound is only a remote possibility.

In the 1,200-person survey about celebrity preference, Won Bin, a top-class actor, scored 2.56 points during his prime shortly before his military enrollment in 2005. He was discharged from the military after seven months for a ligament injury, but it was not until the summer of 2009 that he rebounded with a 2.47 score after he starred in a coffee commercial.

Pop-singer Rain has always received high scores, including a six, as his career was never interrupted by military service. But his score has decreased in recent months, according to the institute, after he postponed his enrollment, scheduled for this month.

“Even top stars find it hard to come back after staying away from the screen for such a long time,” said Kyeong Won-sik, general manager at the institute.

Current laws allow for exemption of military duty only for Olympic medalists and Asian Games gold medal winners. Entertainers once sought a similar benefit. Their association asked the Ministry of Culture, Sports and Tourism to consider exempting Korean Wave stars from service for their contributions to tourism and “enhancing the nation’s profile,” but the subject was dropped with concerns of inequality.

“There is no other place than the military where inequality is shown so clearly,” said Prof. Lee. “One has to serve in the military, but his friend with an exceptional background gets exemption.”