Is this any way to find a mate?

Is this any way to find a mate? 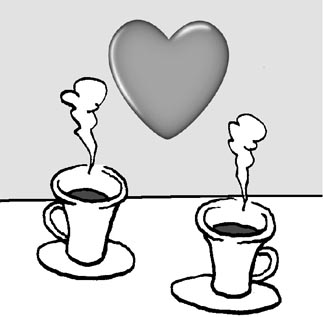 An apple can determine your lifetime partner. In the old days, people in Sicily had a tradition in which a maiden would throw an apple out of her window and marry the man who picked it up. What if a clergyman who made a vow of celibacy finds the fruit? Unfortunately, the maiden would have no choice but to live a single life. This is a very extreme case of marriage without proper spouse selection.

Obviously, that was a very rare and reckless way of getting a spouse. Even in ancient times, people had particular standards when choosing partners. Men were evaluated according to their social status. Women were chosen on their physical appearances because that had a relation to their ability to reproduce. Evolutionists argue that the concept of beauty generally features a ratio of one to 1.3 between the waists and hips, and the standard goes back to a Stone Age tradition of preferring a body shape that suggests fertility. That’s what was sought in a bride.

In modern days, the criteria for mating is far more complicated and multidimensional. So businesses that narrow down prospective mates are thriving.

In the United States, online dating services are a $1 billion industry. The latest trend in match-making services is to use scientific methods to bring together the most compatible partners. In order to have a successful marriage, compatible personalities are more important than external factors such as appearance or financial situation.

A notable example is Chemistry.com, subsidiary of Match.com, an industry leader with more than 1.2 million paid subscribers. Chemistry.com offers a lengthy personality test developed by anthropologists and then uses the results to find the most compatible partners.

For example, a straightforward person may seek a sympathetic and understanding person. In contrast, adventurous or conservative people are attracted to people with similar tendencies.

Not so long ago, Korean match-making services received a scolding from the National Human Rights Commission for refusing men less than 165 centimeters in height. The businesses explained that shorter men are not favored by female members and have very low rates of successful matches. Baldness was also a reason for rejection. If you are not up to standard in academic background, employment or salary, you would also have a hard time landing a match.

After all, once you join a match-making service, you don’t expect to fall madly in love with the potential spouse, so you measure specifications carefully. Neither the businesses nor the members attempt to puzzle out personalities, which are the real yardstick to success in marriage. So instead of finding the other half, you might end up wasting your time and money. You might as well save money and energy by throwing an apple out the window as the ancient Sicilians did.

*Shin Ye-ri is an editorial writer of the JoongAng Ilbo.