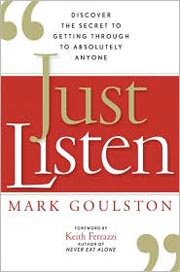 Just Listen: Discover the Secret to Getting Through to Absolutely Anyone

Goulston (Get Out of Your Own Way at Work) returns with a primer on dealing with hard-to-reach people in virtually every scenario - defiant executives, angry employees, families in turmoil, warring couples - through use of well-honed psychological techniques. Negotiating intractable situations is like driving up a steep hill, he posits, but most of us make the mistake of creating more resistance by shifting up; downshift, and you get control, he writes. His successful persuasion case studies include negotiating a police standoff and assisting a married couple’s conflict resolution. -Publishers Weekly 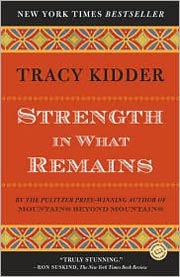 When the massacre of his people began, young Deo was a Burundian medical student. For six months, he stayed one step ahead of the Hutu militia, his life saved at one point by a kind Hutu woman who pretended that he was her son. Finally he made his way to America, but his troubles were far from over. In this book, so aptly titled, Pulitzer Prize-winning author Tracy Kidder describes Deo’s hard days and long nights as an illegal immigrant in the most dangerous parts of New York; sleeping in abandoned buildings and crack houses, working at starvation wages. Though still grappling with his African nightmares, he longs to resume his education. Finally, with the help of benefactors, he is able to fulfill that ambition, eventually completing his medical studies at Dartmouth. Then he does the nearly unthinkable: he returns to his still-ravaged homeland to build a clinic. Accompanied by Kidder, he travels through the scenes of the genocide. -Barnes & Noble 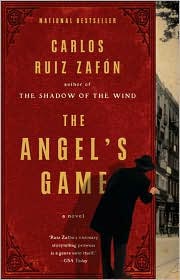 In this powerful, labyrinthian thriller, David Martin is a pulp fiction writer struggling to stay afloat. Holed up in a haunting abandoned mansion in the heart of Barcelona, he furiously taps out story after story, becoming increasingly desperate and frustrated. Thus, when he is approached by a mysterious publisher offering a book deal that seems almost too good to be real, David leaps at the chance. But as he begins the work and after a visit to the Cemetery of Forgotten Books, he realizes that there is a connection between his book and the shadows that surround his dilapidated home and that the publisher may be hiding a few troubling secrets of his own. -From the publisher


More Money Than God: Hedge Funds and the Making of a New Elite [Hardcover] 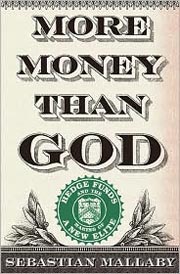 Journalist Mallaby (The World’s Banker) gives unusually lucid explanations of hedge funds and their balancing of long and short positions with complex derivatives, but what really entrances him is their freedom from regulation, high leverage and outsized performance incentives. In his telling, they empower a heroic breed of fund managers whose inspired stock picking, currency trading and futures contracting outsmart the efficient market. In engrossing accounts of epic trades like George Soros’s 1993 shorting of the pound sterling and John Paulson’s shorting of subprime mortgages, the author celebrates hedge titans’ charisma, contrarianism and market insights. -Publishers Weekly


Delivering Happiness: A Path to Profits, Passion and Purpose 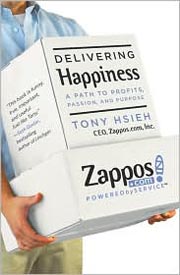 In his first book, Tony Hsieh - the hip, iconoclastic and widely-admired CEO of Zappos, the online shoe retailer - explains how he created a corporate culture with a commitment to service that aims to improve the lives of its employees, customers, vendors and backers. Using anecdotes and stories from his own life experiences and from other companies, Hsieh provides concrete ways that companies can achieve unprecedented success. -From the publisher