In Korea-Thai relations, fashion comes to the fore

In Korea-Thai relations, fashion comes to the fore 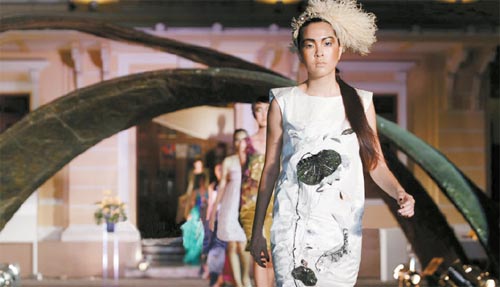 A model walks the runway in a fashion show organized by Kan Ho-sup, marking the 50th anniversary of Korea-Thailand diplomatic relations at the Museum of Siam in Bangkok in early last year. Provided by Kan Ho-sup


Kan Ho-sup, a professor of fashion design at Hongik University, received the Friends of Thailand award yesterday for his contribution to boosting cultural and academic exchanges between Korea and Thailand.

Kan’s relationship with the Southeast Asian country began in 2003 with a fashion show at the National Gallery of Thailand. Since then, he has led efforts to organize academic seminars and exchanges of scholars between the two countries. In 2009, he also hosted a fashion show marking the 50th anniversary of diplomatic relations between Korea and Thailand.

The Friends of Thailand awards were first introduced in 1996 and the Thai government has presented the awards every two years. This year’s ceremony was the seventh of its kind, and Thai Prime Minister Abhisit Vejjajiva was scheduled to present the award to Kan this year.

“Thailand has always been one of my favorite travel destinations, and an opportunity came in 2003 to start an academic exchange with Thammasat University,” Kan said. “I have a belief in consistency and continuity, rather than one-time events. Although my relationship with Thammasat was a personal one at first, I have since tried to extend it into my professional life.” 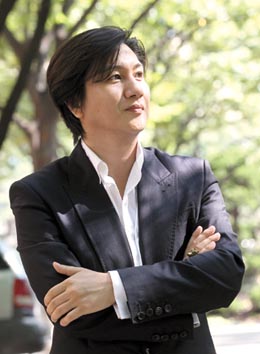 According to Kan, faculty members from about 20 Korean universities nationwide have participated in cultural and academic exchanges with Thailand.

“I believe my initiatives have created opportunities for Korea’s fashion industry to look at Thailand,” he said.

The 40-year-old designer is better known to the public as a mentor to the designers of Project Runway Korea during its first two seasons. The show is a spin-off of “Project Runway,” which was originally produced in America and hosted by supermodel Heidi Klum.

Kan said Korea has a long way to go before designers will be fully recognized for their abilities.

“And yet, some have achieved enormous success. It is important to look for a new breakthrough business model, instead of wasting time criticizing the current situation,” he said. “Simply giving prize money to the winners of Project Runway Korea is not the way to do it. Just as entertainment companies groom young and talented singers, the fashion industry needs to take on the role of connecting talented designers with marketing power and capital.”

Kan says bridging that gap is one of his goals.

“I am a designer, but I also highly value the dream of planning and directing,” Kan said. “I only work with Korean companies because it is my dream to globalize Korean fashion companies. Samsung has caught up with Sony, and Hyundai did [the same] with Toyota. The day will come when Korean designers rise in the global fashion industry.”

Kan said his initiatives with Thailand will also serve as a stepping stone for his larger dream.

“My next target is Asia,” Kan said. “Europe is the past, the United States is the present and Asia is the future.”

Kan said next year he will be planning major fashion events to mark the 20th anniversary of diplomatic relations between Korea and China. A series of shows are planned for Shanghai, Dalian and Chengdu in China, he said.