Blinded by facts, blinded by truth

Blinded by facts, blinded by truth 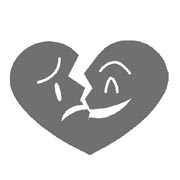 Is there anything more untrustworthy than a person’s belief? Choosing to believe an individual also means trusting them unconditionally. Emperor Xuanzong of the Tang Dynasty had such complete trust in his consort, Yang Guifei, and General An Lushan that he was blinded by love and trust, despite confronting circumstantial evidence of an illicit affair between them.

Roman Emperor Marcus Aurelius, one of the “Five Good Emperors,” was also well known for his unconditional trust in his beloved wife. It was no secret in the Roman Empire that Faustina the Younger had extramarital affairs with many partners, but Emperor Aurelius never doubted the faithfulness of his beautiful consort. He not only granted high-ranking positions to the lovers of Faustina but also displayed constant affection for the adulterous empress throughout their 30 years of marriage.

In his famous collection of writings, “Meditations,” he expressed his gratitude to the gods for giving him such a chaste companion. After Faustina passed away, the Emperor requested the Senate to give his empress divine honors and placed her statue in the Temple of Venus.

You trust someone, not because they are trustworthy, but because you want to trust them. The British philosopher, Bertrand Russell, penetrated into this unreasonable psychology of human beings. “Man is a credulous animal, and must believe something; in absence of good grounds for belief, he will be satisfied with bad ones.”

The tendency to ignore opposing viewpoints and seek information that merely confirms the existing belief is known as “confirmation bias.” Once you have set your mind on something, you won’t believe contrary evidence, even if it may be true.

Tablo, the lead singer of the hip-hop group, Epik High, has been a target of online speculation about his academic records. Recently, a TV program offered evidence that proved he had enrolled at Stanford University. However, skeptics doubted the credibility of the report, saying the interviews were edited. They are attacking Tablo not because the Stanford records are untrustworthy but because they just don’t want to believe it. The speculations and rumors are not likely to disappear anytime soon. It is truly pathetic that the truth is stuck between the believers and the nonbelievers.