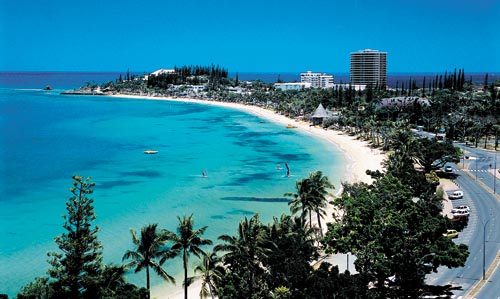 L’anse Vata is the most popular beach on Noumea, New Caledonia. The Pacific islands have seen an explosion in tourism from Korea since the airing of “Boys Over Flowers.” Provided by the tourism office


NOUMEA, New Caledonia - “Bonjour, mademoiselle. Some melon?” asked a dark-skinned woman who appeared to be of Melanesian descent at the morning market in Noumea, the capital of New Caledonia. During my trip to the southwest Pacific region last week, she invited me to taste a large chunk of fat honeydew melon she had just sliced in half.

Speaking as a somewhat jaded tourist, encountering friendliness in another country is often a double-edged sword. While an inviting smile or a welcoming gesture in a foreign land can seem to provide meaning for a journey - a chance to return home with newfound insight into the familiar - dollar-sign stares and aggressive or deceptive merchants can turn a visit to even the most fascinating tourist destination into a frustrating memory.

Or so I presumed. As I tried to look for the catch and offered to pay, the woman shook her head saying, “No pay, just eat.” There, in the middle of the lively morning market, we shared the perfectly ripe piece of fruit as the cynical tourist in me started to shrink. 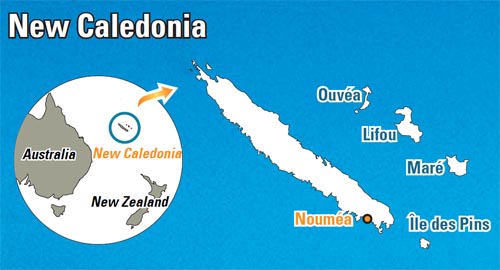 In an area that is so deeply connected to European colonialism, the laid-back nature and harmonious mix of heritage and language in New Caledonia were quite puzzling at first.

Discovered by Europeans in the late 18th century, the collection of islands, which had been inhabited by descendents from Polynesia, Micronesia and Melanesia, was named New Caledonia - Caledonia being Latin for Scotland. Grand Terre, which includes the city of Noumea, is its main island, and on the eastern boarder lies the Loyalty Islands - including Mare, Lifou and Ouvea.

In 1853, New Caledonia was deemed a French territory and remains so today. Although an independence movement culminated during the late 1980s, at present, New Caledonia’s multiethnic population lives peacefully. According to the New Caledonia Tourism Office in Korea, around 45 percent of the population is Melanesian Kanak, while around 35 percent is European - the majority being French along with a noticeable German, British and Italian community.

And blessed with abundant natural resources - mainly nickel - along with French welfare programs, the economy here stays relatively stable and is the fourth-largest in Oceania. In fact, New Caledonia possesses one-fourth of the world’s nickel.

“Contrary to the British way of colonization, which began and ended for economic gain and trade, the French in this region adapted quite seamlessly into the culture and way of life - especially so in New Caledonia,” said Francois Tran, one of New Caledonia’s most popular tour guides for the scenic Blue River Park, which can be reached in 30 to 40 minutes by car from the city center of Noumea. 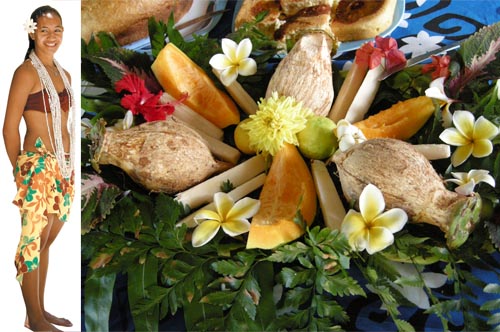 Left: A traditional dancer gets ready to perform on Amedee. Right: Coconuts and melons are served at a home stay on Mare.


In Asia, the Pacific-style friendliness and nearly untouched natural beauty of the New Caledonian islands, including the world’s largest enclosed lagoon, first grabbed the attention of Japanese tourists - mainly honeymooners - through a popular Japanese novel titled “The Closest Place to Paradise” (1965), which is set in New Caledonia.

Nearly three decades later, the New Caledonia buzz landed in Korea with the massively popular television drama “Boys Over Flowers” (2009), in which part of the show was set in various locations here. “After ‘Boys Over Flowers,’ Korean visitors to New Caledonia, which had basically been an unknown destination up to that point for Koreans, increased by up to ten-fold,” said Lee Ji-su, a manager at the New Caledonia Tourism Office’s Korean branch.

The islands’ blend of French sophistication and relaxed atmosphere inspired many visitors to nickname New Caledonia “the Nice of the Pacific.” And after witnessing the chic yet casual sophistication of Noumea, with five-star hotels like Le Meridien Noumea, high-end beachside French restaurants and shopping centers selling luxury brand names such as Hermes, I was more than persuaded to agree with the moniker.

Regardless, what attracts tourists from all over the world to New Caledonia is undoubtedly its wealth in landscapes. Besides its famous lagoon, the islands offer cascading waterfalls inside rainforests with exotic birds and thousand-year-old trees, and clean, ivory-colored beaches where you can see rocks and marine life through the crystal-clear emerald water. 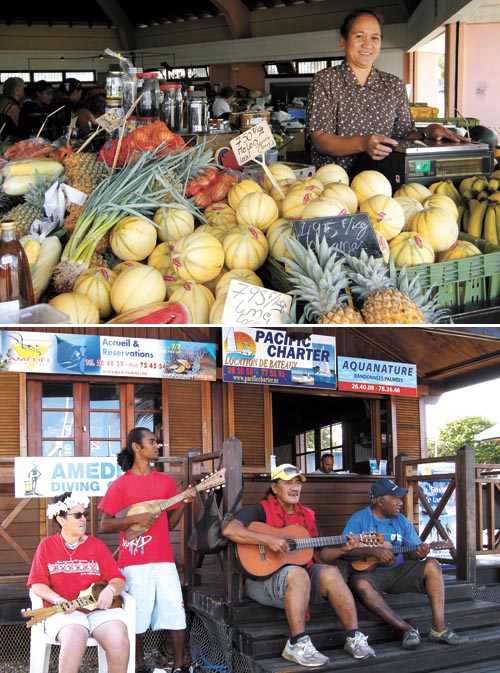 
Walking through the Blue River Park, Tran pointed to a cluster of tall unfamiliar-looking trees, with narrow, straight-as-an-arrow trunks decorated with many needle-like branches, resembling a giant Christmas tree.

“They are Araucaria tress - ancestor to modern pine trees. They can now only be found in this amount in New Caledonia and certain parts of Australia,” he said, as we searched around the park for Kagu, a bird native to the rainforests of New Caledonia. Although we never saw the Kagu that day, I did come across the New Caledonian Crow, also indigenous to the region and what I was told to be one of the smartest birds on the planet.

“The Caledonian Crow is the only nonprimate animal to invent and use tools,” said Tran, with his gaze locked on the large, black bird. “The birds gather twigs and leaves from trees to make tools so that they can grab things from the ground more easily.”

A 40-minute boat-ride away from Noumea is the privately owned island of Amedee, including its central attraction - the Amedee lighthouse. Every day, a boat takes tourists for day-trips to the island. There, visitors can witness Boulari, one of the three natural passages in the reef that surrounds New Caledonia, stretching all the way to Australia. With a slight squint of the eye, I was able to notice a white line stretching as far as I could see, which forms when waves hit the giant reef barrier. 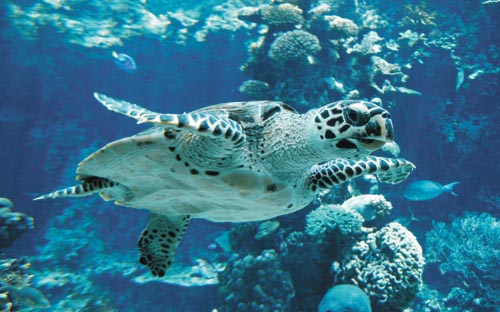 A sea turtle entertains at Noumea’s aquarium. By Cho Jae-eun


Including Amedee, 60 percent of New Caledonia’s lagoons, the reef and other ecosystems were added to the Unesco’s World Heritage List in the natural environment category.

As I walked into the water on Amedee beach, small fish swam in circles around my ankles. Even with my bad eyesight, after a 10-minute or so boat ride from the shallowest part of the beach, I was able to directly see and touch tropical fish in yellow, blue, pink and orange, turtles, sea snakes and dolphins. As my boat went farther out to sea, the light emerald blue water near the beach turned deeper and darker to cobalt blue and then to an almost indigo-like royal blue.

“Everything you touch in New Caledonia is most likely to be a [World] Heritage listing,” joked Omayra Naisseline, who works for the New Caledonia tourism office and mainly conducts tours on Mare Island.

When I told her how I was taken aback by everyone’s laid-back attitude on New Caledonia, Naisseline answered, “Our relative anonymity amidst other South Pacific islands has allowed us to stay organic, natural.” With a tinge of amiable guilt spreading across her face, she added, “We don’t really concern ourselves much of what’s happening outside. And with all this beautiful nature and wealth in resources, we often don’t feel the need to.”