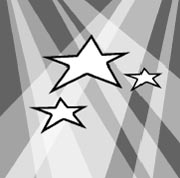 Does the singing contest make the singer or is it the other way around? In the case of the Eurovision Song Contest in the 1970s, it was definitely the singing contest that was mightier. The competition among singers representing the member countries of the European Broadcasting Union, launched the careers of many future international stars. ABBA, a previously unknown band from Sweden, was elevated to stardom right after winning the 1974 contest with their song “Waterloo.”

But the prestige of the contest faded after the 1980s, when the center of the pop music world began migrating from Europe to the United States. Although Celine Dion, a Canadian-born singer, won the contest in 1988, it was only after her famous song “The Power of Love” was released five years later that she became a pop diva.

Korea’s television singing contest “Superstar K” is the talk of the town after the winner of season two was announced late Friday night. Mnet, the cable network that aired the show, scored big with record viewer ratings for a cable show at 18.1 percent.

The show reminds me of university song festivals from about 30 years ago, when singing contests had such a great impact on society. University song festivals, which were first shown on MBC in 1977, got into full swing with the second contest in 1978. Such singers as Bae Chul-soo, No Sa-hyoun and Shim Su-bong appeared on the show and then grew into the idols of the 1980s.

But in the 1990s, talent faded against the growing power of entertainment agencies, and the luster of the university song festivals started to fade. Given that, Superstar K’s success can be interpreted as a backlash against singers “manufactured” by entertainment agencies. Whether Superstar K can maintain its popularity will depend on whether the singers elevated by the contest succeed in leading a new crop of independent talent.

And these contestants should remember Shim, who is considered to be the best singer among all pop stars who came out of the university song festivals. But she never won a prize because people thought she was too much of a professional. Perhaps the same is true of John Park, the slick runner up in this year’s Superstar K. He looked and sounded good but wasn’t able to beat Hur Gak, who was seen as a natural. Their competition sets up an interesting battle between individual talent and the entertainment industry. Let the games begin.