Put yourself in the other guy’s shoes

Put yourself in the other guy’s shoes 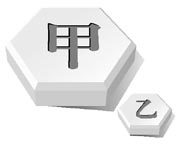 When Company A encounters Company B, they are of the same rank. But when the two of them sign a contract, with A as the offeror and B as the offeree, their relationship changes completely. Although they are partners, A generally remains dominant over B.

This unbalanced relationship is par for the course in business. But it may be best for the two parties to come to terms with another and operate in a more egalitarian relationship.

President Lee Myung-bak, a businessman-turned-politician, knows this very well. He said at an emergency economic planning meeting in August, “The market economy works when the power between A and B is balanced. If A has absolute authority and abuses its power, the market economy cannot function properly.”

Each person has the power to influence a situation, and no one person is unimportant. Politician Im Gwang-sun illustrates this point in his book, “I Am a Pawn.” He writes, “A pawn has the courage to move forward and the wisdom to step aside, but it is not a coward and never steps back.”

For him, the pawn is both the scout and scapegoat. It may be weak, but you can’t win a game of chess without it. Still, if you are the pawn, you might assume that it is easy to go through life being an A - and vice versa.

That assumption was outlined on a television drama. The female lead told her husband’s boss, “In life, we are either an A or a B. Life must be easy for you, because you were born an A.”

But A and B are not always clearly defined. Is the consumer the king or the prey? Who has more power - the patient or the doctor? Is a producer an A? How about a star? The positions of A and B get reversed and mixed and reversed again. A is often also B. Determining which side has the upper hand leads to argument and endless debate.

The consequences of such conflict are best illustrated by an old folktale. Three brothers went fishing and found a bird on the beach. The eldest brother suggested boiling the bird. The second oldest one said it would be better to grill the bird. The youngest one claimed that the proper way to cook the bird would be grilling after boiling. While the three brothers were wasting time in argument, the bird flew away.

We need both A and B to function in any situation. But no matter which side you are on, it is the ability to understand how the other side feels that is important.