A Picasso exhibit for fans of the Expressionists

A Picasso exhibit for fans of the Expressionists 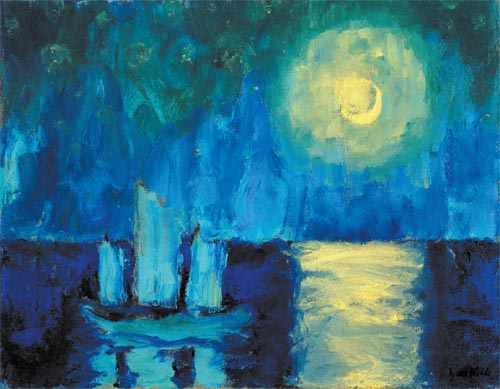 “Moonlit Night” (1914), right, is a painting by Emil Nolde (1867-1956), who was once a member of Die Brucke (The Bridge), a group of German Expressionists. Provided by the Albertina Museum in Vienna and the National Museum of Contemporary Art, Korea


The title of the exhibition at the National Museum of Contemporary Art, Korea at Deoksu Palace in central Seoul is “Picasso and Modern Art.” But only eight of the 121 artworks on display are by the Spanish master.

That might disappoint fans of Pablo Picasso who have been enticed by the title.

Still, the show is a pleasure for those who are interested in the Expressionists of the early 20th century; artists who vented their emotions through the use of strong colors and threatening distortions.

Despite only having a few Picasso pieces, the Korean museum may have titled the exhibition as it did because Picasso is the most popular artist of our time and he does have a relationship to the Expressionists.

In addition, the Korean museum said that Picasso expressed the world of human consciousness through distorted figures and made paintings that contain the figures of lonely spirits. 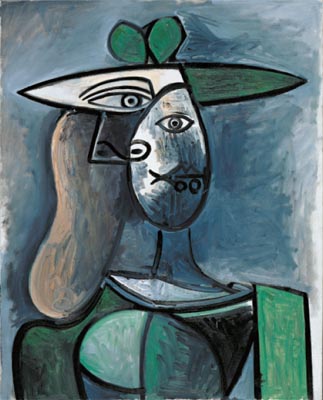 In particular, local art fans who have seen the work of German and Austrian Expressionists - such as Emil Nolde, Ernst Ludwig Kirchner and Oskar Kokoschka - in art history books, but have had few chances to see the paintings in person, will be delighted with the show.

The exhibition mostly focuses on Expressionist groups based in German cities including the Dresden-based Die Brucke (The Bridge) group led by Kirchner and Munich-based Der Blaue Reiter (The Blue Rider) group led by the famous Wassily Kandinsky and Franz Marc.

And Kokoschka’s landscapes and still-life paintings, which look as though they are caught in a tempest, give off an air of uneasiness rather than peace.

That edginess is typical of paintings in this genre.

“The early 20th century was a disastrous and tumultuous period with world wars,” Klaus Albrecht Schroder, head of the Albertina Museum in Vienna, told reporters in Seoul.

The works in the exhibition are part of the Albertina’s collection. 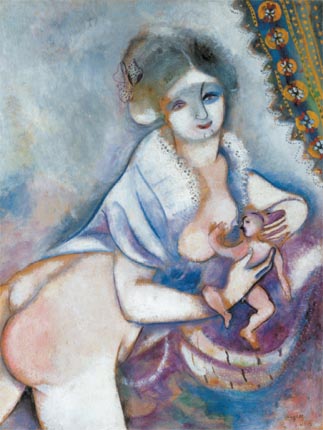 According to the National Museum of Contemporary Art, Korea, the Austrian museum is famous for keeping one of the world’s most extensive collections of graphic art - more than a million Western prints, drawings and paintings from medieval to modern times.

“The artists felt a sense of crisis and expressed their inner conflicts and emotions through their paintings,” Schroder said. “Their works were totally different from the Western art tradition - which had been kept since the Renaissance - based on representations of nature.”

Viewers will have a chance to compare Russian artist Kandinsky’s Expressionist landscapes, which have unrealistic colors but are still in line with the utterly abstract paintings that he would make in later years and for which he is most well known.

The exhibit also contains early work by Russian-French painter Marc Chagall, when he was living in Paris and was influenced by Expressionists and Cubist artists. Some Chagall connoisseurs still feel that these paintings constitute his best work.

Works by the most popular modern artists of our time, including Picasso, and French artist Amedeo Clemente Modigliani and the Swiss sculptor Alberto Giacometti also have their work featured in this exhibit.