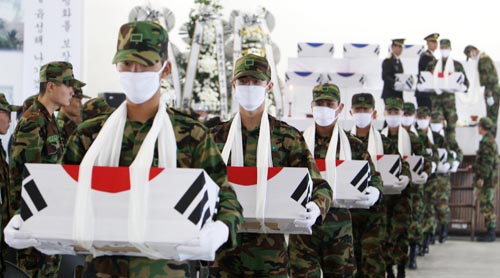 Soldiers from the 15th Division of the South Korean Army carry the remains of 56 men killed in the Korean War at a ceremony at a military base yesterday. The remains were found in Cheorwon, Gangwon, where 142 South Korean and 1,070 Chinese soldiers died fighting. By Kim Tae-seong