What our country can do for us

What our country can do for us 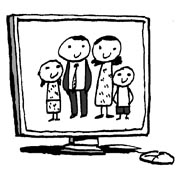 The history of the census is fraught with conflict. Thousands of years ago in China, Egypt and Babylonia, the government clashed with an uncooperative citizenry. When they gave out detailed information, the result was more taxes and manual labor. But citizens are not the only ones who have resisted the census. States have been opposed to the idea because they didn’t want to let their enemies know their weaknesses. The British Parliament rejected the first census bill in 1975, and it was more than 40 years until the bill was passed. Saudi Arabia was afraid of possible invasions by its neighbors, so after the first census was conducted in 1969 it lied and inflated the population to double the number.

Like many countries, India takes a census every 10 years, and this year’s survey is treading on sensitive ground. For the first time since 1931, when India was under British colonial rule, the census includes a question about caste. This has turned the country upside down. Citizens are offended to be asked about such a thing and believe it should be forgotten as a thing of the past. The government argues that covering up the problem will not lead to a solution. It says that when the data on each caste is collected, the allocation for the lowest caste could be expanded when schools pick students or when the government hires for public offices.

Meanwhile, China is holding the biggest census in the world, and it, too, is facing a challenge. Chinese citizens eagerly cooperated with the census in 2000, but their attitude is very different this time. Now that many Chinese are working in private companies and own their own homes, they want to know what the country has done for them. Many are resistant to the idea of a census and are refusing to disclose facts they would rather keep secret. For example, tens of millions of urban workers from rural villages are afraid they might lose their jobs because they have relocated illegally. Parents who violated the one-child policy are afraid of being punished. To remedy the problem, census workers making house calls sometimes force their way in and count the number of toothbrushes.

Fortunately, Korea’s census is proceeding smoothly. Participation in the online survey has exceeded the target of 30 percent, and 41.7 percent of respondents had completed the survey online as of Thursday. That number is far higher than the previous record set by Canada at 18.5 percent. Could it be that we are just more hopeful about what our country can do for us?