No special treatment for politicians

No special treatment for politicians 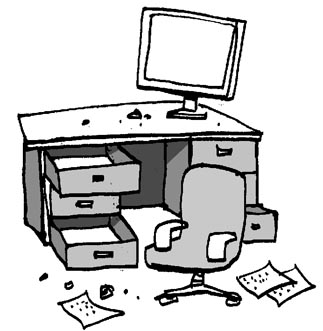 The Fourth Amendment to the U.S. Constitution enacted in 1791 prohibits unreasonable searches and seizures. Recognizing “the right of the people to be secure in their persons, houses, papers and effects,” the amendment limits searches and seizures to those conducted with “probable cause” and a warrant. It was a measure intended to prevent the government from interfering in the domain of private life.

But since then the U.S. Supreme Court has established a set of precedents that recognize a wide range of “probable causes.” In a 1987 court case, it even permitted police officers to search crime scenes without a warrant if they believed a warrant would be valid. That is because searches and seizures provide more objective and scientific evidence for investigation than statements, which are no longer seen as the most reliable form of evidence.

The principles of the Fourth Amendment are also part of Korea’s Constitution. The U.S. Military Government in Korea, through the “Declaration of the Rights of the Korean People,” proclaimed that places of residence are inviolable as is the right not to be subject to unreasonable searches and seizures of their person, documents or properties unless a warrant is presented. It was a measure that broke the customs of the Joseon Dynasty, when flogging and forced confessions were permissible.

This reminds me of the ongoing controversy over the prosecution’s simultaneous searches and seizures of businesses and politicians suspected of pocketing illicit money from an association of security guards.

In Korea, there have been several cases in which law enforcement officials have carried out searches and seizures of lawmakers’ offices. In Japan, too, a special investigation team with the Tokyo prosecutors’ office carried out searches and seizures on the fund management office of Ichiro Ozawa, the former president of the Democratic Party of Japan. These actions seem logical, given that the lawmakers were suspected of involvement in illegal activities.

The politicians in the Korean case, however, have criticized the prosecution’s actions as excessive, saying that the very fact of a search will be seen as a sign of guilt. But they should keep in mind that warrants are only issued if a judge decides that there is probable cause.

Indiscriminate search and seizure is a problem, but there is no reason to give politicians special treatment.