Lim Sun-rye, one of a few female directors in Korea, is back in the director’s chair after her 2007 hit “Forever the Moment,” with “Rolling Home with a Bull,” which is based on the Korean novel of the same name.

The film depicts the journey of a bull, a struggling poet and his ex-girlfriend. On the surface it seems like a road movie, but also contains elemtns of romance and religion. The story was inspired by the idea of a Buddhist pilgrimage and the search for self.

Sun-ho (Kim Young-pil) is a poor poet and farmer who has received little recognition for his artistic work. Sick and tired of shoveling bull feces, he hits the road to sell the bull, which belongs to his father. While he is on his way to the cattle market, Sun-ho receives his first phone call from his ex-girlfriend Hyun-su (Kong Hyo-jin) in seven years. She has some sobering news to deliver: her husband, Min-kyu, who was once friends with Sun-ho, has died. Hyun-su joins Sun-ho on his errand and the unlikely trio’s journey begins. 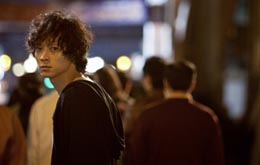 “Hunters,” directed by Kim Min-seok - cowriter of “The Good, The Bad, The Weird” (2008) - depicts the struggle between a psychic named Cho-in (Gang Dong-won) who can control people with his mind and a man named Kyu-nam (Ko Soo) who is immune to the psychic’s supernatural power.

Kyu-nam works at a run-down pawnshop. When Cho-in walks into the shop one day and tries to use his powers to rob the store, he soon discovers that his special talent doesn’t work on Kyu-nam.

Upset by the fact that there is a person whom he cannot control, Cho-in chases Kyu-nam, accidentally killing someone in the process. This begins a confrontation that will push both men to the brink.

With this film, Gang, who is usually cast as in pretty boy roles, plays a villain for the first time in his career. He recently earned Best Actor honors at the Critics Choice Awards for his role in this year’s hit “Secret Reunion.”

Veteran director Tony Scott, who directed the 1986 classic “Top Gun,” seems to have a thing for rail transportation these days.

Washington also stars alongside the younger Chris Pine in the latest flick, instead of John Travolta. Again, major differences. 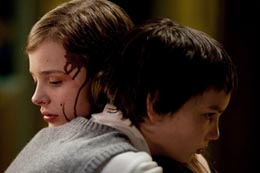 In the latest in a string of disappointing M. Night Shyamalan films, “Devil” tells the story of five people trapped in an elevator as each of them starts getting killed in horribly disturbing ways.

The lights in the elevator periodically go out, and each time they do, someone dies, obviously prompting those in the elevator and a detective on the outside to believe one of the five is a murderer, or worse - the Devil.

Shyamalan only wrote the screenplay Devil and left the directing duties to John Dowdle - perhaps a good thing considering Shyamalan’s previous directorial duds - so he had more time to try and craft some semblance of a story with 80 minutes of grainy CCTV footage. But it may not have done the film any favors, considering it received mixed to poor reviews for its lackluster ending and cheap shock-value thrills.

Winner of the Academy Award for Best Foreign Language Film, “The Secret in Their Eyes,” directed and co-written by Juan Jose Campanella, intertwines a story about crimes of passion, unrequited love and political upheaval.

The movie is anchored by the unsolved rape and murder of a young woman, which has haunted Benjamin Esposito (Ricardo Darin), a retired federal justice, for 25 years. But what haunts him more is an unspoken love for his old superior, Irene Menendez Hastings (Soledad Villamil), that has lasted just as long. In order to find closure for the two major events in his life, he writes a novel about the unsolved homicide case.